Tatarstan may warm up by 8 degrees till end of century, expert predicts 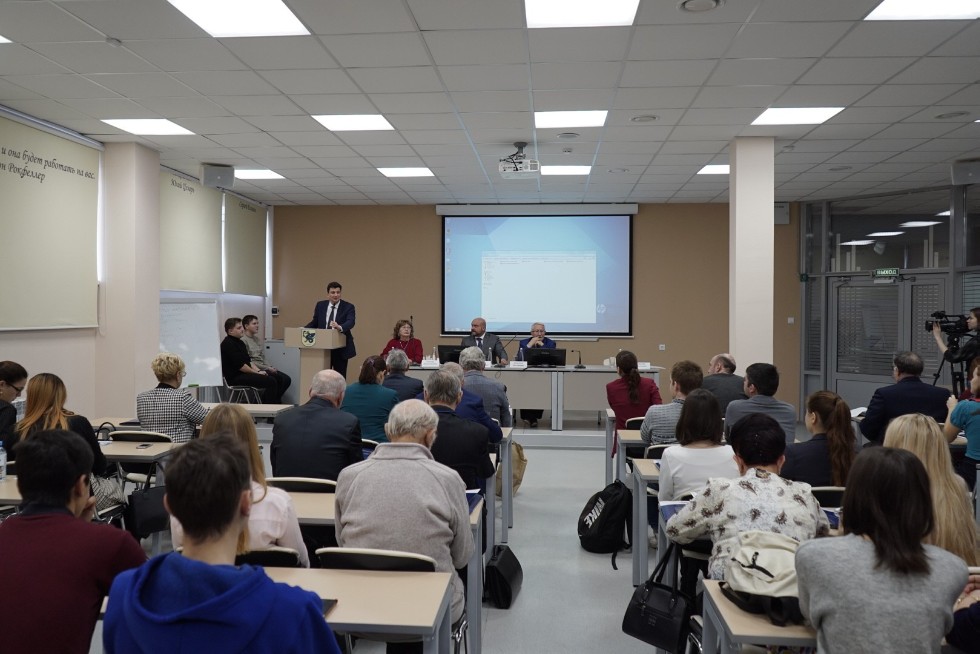 Regional conference “Ecology of Our Cities” was held at Kazan University on 16th November.

The forum was organized by the Russian Geographical Society, Kazan Federal University and supported by the Ministry of Ecology and Natural Resources of Tatarstan. Participants were greeted by Chairman of the Tatarstan Branch of the Russian Geographical Society Dmitry Schiller, First Vice-Rector of KFU Riyaz Minzaripov, and Deputy Director of the Institute of Management, Economics and Finance Lenar Safiullin.

Boris Kochurov, Leading Research Associate of the Institute of Geography (Russian Academy of Sciences). spoke about the balance between environmental and urban planning. He emphasized that environmental problems take years and centuries to solve. Cities only occupy 2% of Earth's surface but consume 70% of produced energy and emit 80% of carbon dioxide. In Russia, a third of the population is concentrated in 17 largest agglomerations.

Yury Perevedentsev, Chair of the Department of Meteorology, Climatology and Atmosphere Ecology of Kazan Federal University, talked about climate changes in recent periods. He said, in particular, than the annual mean temperature in Kazan was +2 degrees Celsius in 1820 but has risen to +6 C today. If the speed of change persists, the temperature may rise by 6-7 degrees in summer and by 8 degrees in winter by the year 2100. “Seemingly, it's good that climate warms up. To think about it, warming is good for Russia. However, natural cataclysms arise from these processes, and the climate system becomes unstable. Hundreds of billions of dollars in damage every year are caused by meteorological factors. Whether we want it or not, we have to manage the climate,” said he.  Professor Perevedentsev added that 127 global experts will arrive to Kazan in March 2019 to work on a report on technogenic climate change.

Ōīņīćšąōč’ čē ģąņåščąėą: Tatarstan may warm up by 8 degrees till end of century, expert predicts