Cooperation potential discussed with Ministry of Agriculture of Tatarstan 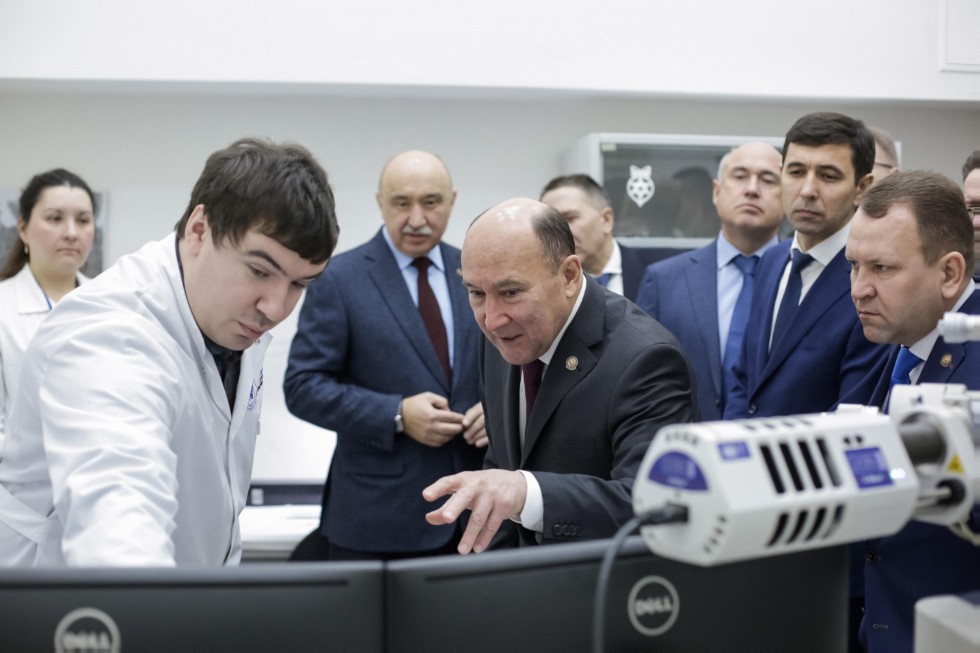 Firstly, the guests visited the Genomics and Proteomics Center and the Pharmaceutics Center. Professor Albert Rizvanov talked about the latest developments in gene therapy, notably, a recent success in treating a racehorse’s injuries with a gene medication (the research is undertaken in partnership with the University of Nottingham). The scientists now seek new opportunities to expand this work to other animal species and possibly humans.

The next stop was at the Biocontrol Lab. Its current research tackles soil analysis. In particular, a new method for toxin detection has been patented, as well as a method for enzyme activity analysis, together with appropriate software. The lab also makes recommendations on optimal soil cultivation.

Another work front for the lab is petroleum pollution and relevant soil remediation. Microbial remediation methods have been proposed and attracted investor interest.

As the Minister noted, all the invited industry executives will form workgroups with scientists to jointly make progress in soil science and animal husbandry, “We’ve planned to talk this for a long time. I further intend to establish two groups: in soil science and in animal husbandry, genetics and selection. Today, they have to negotiate their future objectives. After group meetings we will have another session to state our results.” The next meeting should be scheduled before the agricultural season.