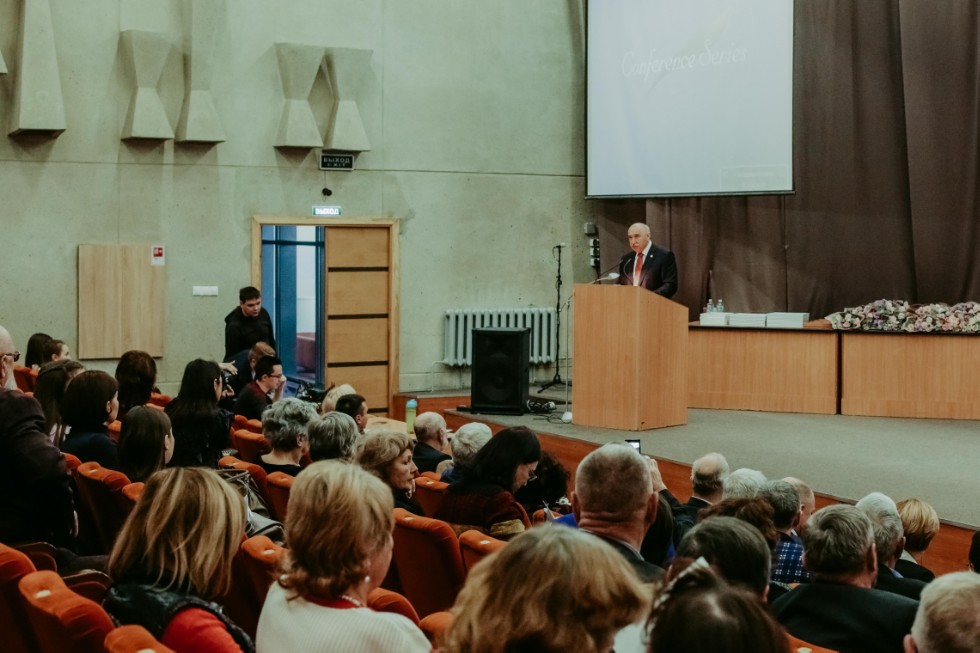 Many alumni of the Institute of Environmental Sciences visited a meeting in the morning of 21st November.

It so happened that this particular anniversary coincides with the 215th birthday of the university as a whole. And in many ways it's no less remarkable.

In 1969, the Department of Environmental Protection and Biome Studies, the first of its kind in the Soviet Union, was opened by Professor Viktor Popov at Kazan State University. As the social demand for this profession increased, more and more employees needed to be attracted to the university, and in 1989, the Faculty of Ecology was established.

In his congratulatory speech today, Rector Ilshat Gafurov emphasized the importance of environmental education for the Republic of Tatarstan, a province known for its industrial profile. The Institute of Environmental Sciences (IES) has, of course, grown with the university after the latter obtained its federal status in 2010. Today, IES is partaking in many important projects, including those with a significant involvement of digital technology. Among them are the web portals about river basins of European Russia and Asian Russia.

The Institute operates a database of Tatarstani flora with over 8,000 storage units.

IES is also heavily involved in the hydrocarbon industry research. In particular, there are projects in oilfield cleanup, increased oil extraction with the use of microbial technology, biological remediation of petroleum-polluted soils, and methods of stifling hydrogen sulfide production in oil reservoirs.

Lately, the Institute has also experimented with biochar as a method of enhancing agricultural soil productivity. Agricultural technology is one of the most promising areas for further development.

The celebrations continue today with a scientific conference and tomorrow with an alumni meeting.