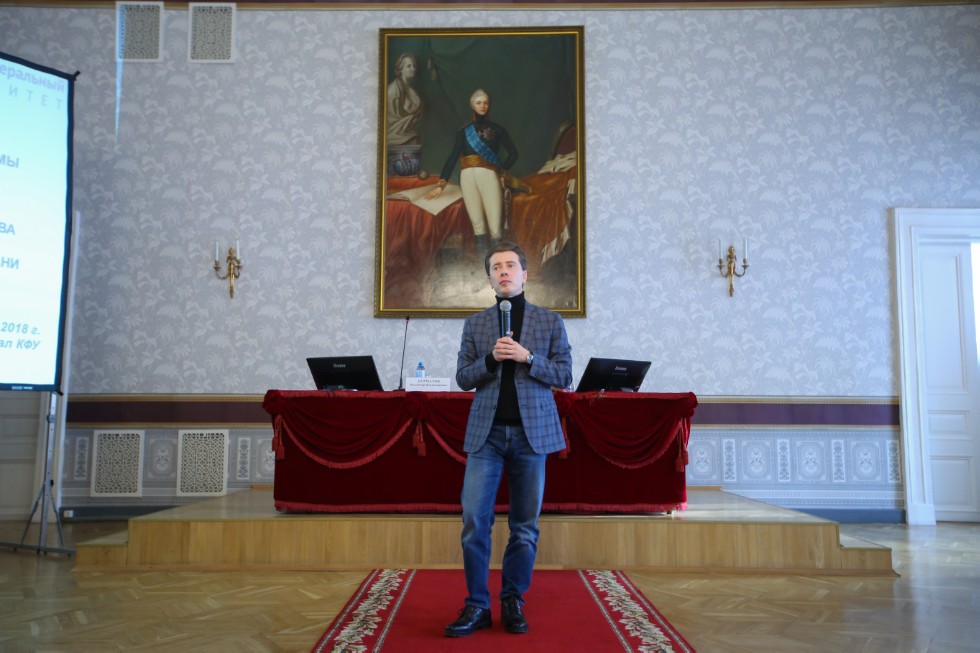 After touring the History Museum with Rector Ilshat Gafurov, he proceeded to the Emperor’s Ballroom. There, the guest spoke about his matters of professional interest. First Vice-Rector Riyaz Minzaripov, Director of the Institute of Environmental Sciences Svetlana Selivanovskaya, nonprofit activists, students, and others were present.

Mr. Burmatov arrived to later partake in a special roundtable on the measures to clean up and protect the Volga River set for 26th February. He said, “During my visit, events are planned that deal with the preservation of the Volga. Representatives of 15 Russian regions will gather. This meeting will be dedicated to a priority program to clean up the river.”

The program started in Volgograd Oblast (near the Volga River mouth) and will spread to other territories. Tatarstan is the region with the largest area of the Volga basin, so it is involved in the program. Pollution volumes in the Volga must be reduced by 80% as one of the results.

In his speech, the Deputy noted some shortcomings in a previous program aimed at protecting Lake Baikal. He emphasized that more communication between interested parties is needed so as to not repeat such mistakes in this new program. Other topics he touched on were wildlife protection and waste treatment, in particular the ongoing reform in waste sorting and disposal. Students asked questions about different issues they were interested in.