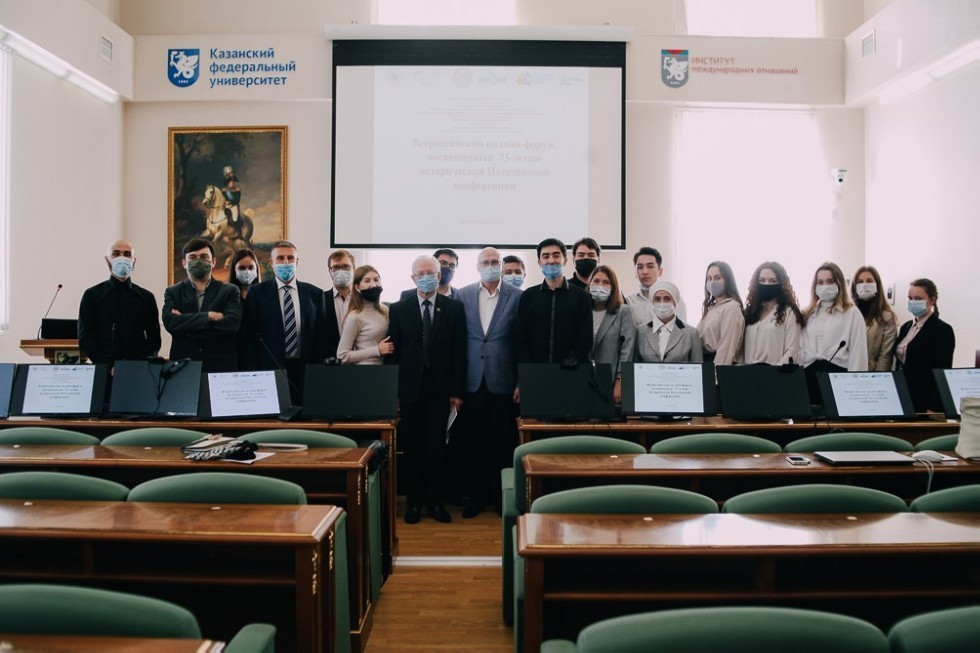 Co-chairman of the organizing committee, Chair of the Department of International Relations Valery Letyayev opines that the Potsdam Conference laid the foundation of the world affairs for many decades.

The Potsdam decisions have been discussed many times in Russia and abroad. And the new wave of global affairs crisis really shifts focus to maintaining peace between nuclear powers, said Director of the Institute of International Relations Ramil Khayrutdinov in his opening speech.

Many students, including members of the Russian Society of Political Scientists and Russian Historical Society, as well as student clubs and associations of Kazan University, have joined the forum.

Speaking about the events of 1945, Director of the Institute of Europe (Russian Academy of Sciences) Aleksey Gromyko noted that the USSR played a major role in outlining the shape of the postwar world. Soviet ideas and proposals were well met at the Dumbarton Oaks Conference in 1944 and laid the basis for further negotiations. “It’s important to note that results of the meetings in Tehran, Yalta and Potsdam found wide multi-partisan support in the United Stated, the United Kingdom, and in the public opinion and media of all countries,” said Gromyko. The strategic vision of Moscow, Washington and London was in many ways similar, and the creation of the United Nations is an impressive heritage of such a vision.