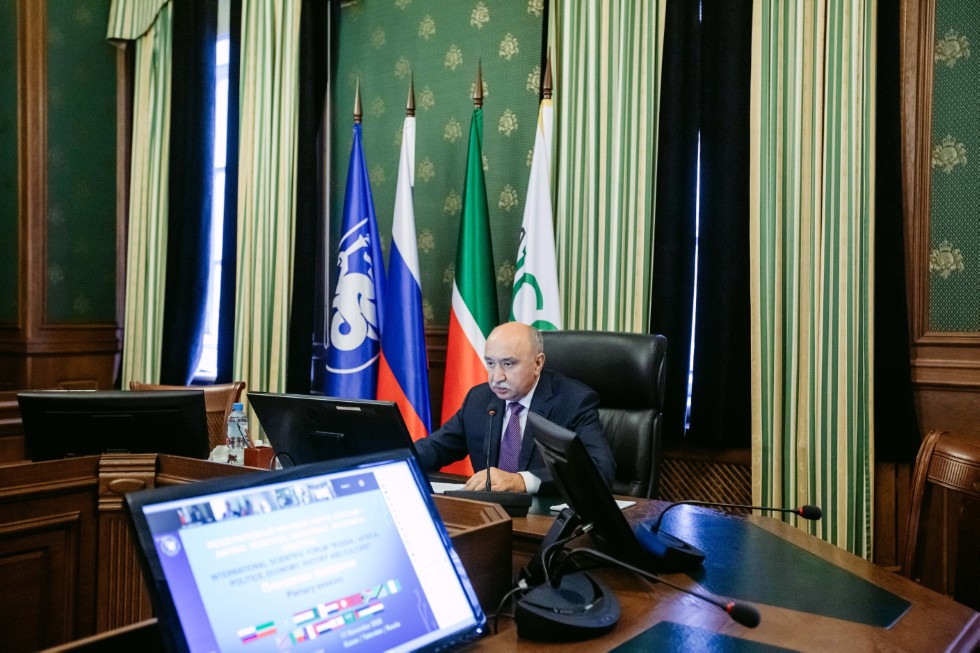 Rector Ilshat Gafurov addressed the participants in the morning of 11 November.

Among the other co-organizers of this forum are Russian Academy of Sciences, Strategic Vision Group Russia-Islamic World, Egyptian-Russian Foundation for Culture and Science, and Center for Research and Scientific Interaction Aualim (Morocco). The forum is held under the aegis of the Russia-Africa Partnership Forum, headed by Ambassador-at-Large of Russia Oleg Ozerov.

In his opening speech, Rector Gafurov thanked everyone for joining and congratulated his colleagues on jubilant occasions – the Department of African Studies (Moscow State University) celebrated its 60th anniversary, and its namesake at Saint-Petersburg State University is now 75 years old.

Kazan University has been an active contributor to the growing wave of African studies in Russia. Since 2014, four batches of Afrikaans- and Swahili-speaking young professionals have graduated from the Institute of International Relations. Currently, KFU has 428 African students from 34 countries enrolled in all types and levels of programs. The Uni has active agreements with 10 universities from Algeria, Egypt, Zambia, Tunisia, and Morocco.

The forum has attracted over a hundred speakers from various countries. The panel sessions are being held today, and tomorrow is dedicated to the Student Olympiad in Arabic Language.