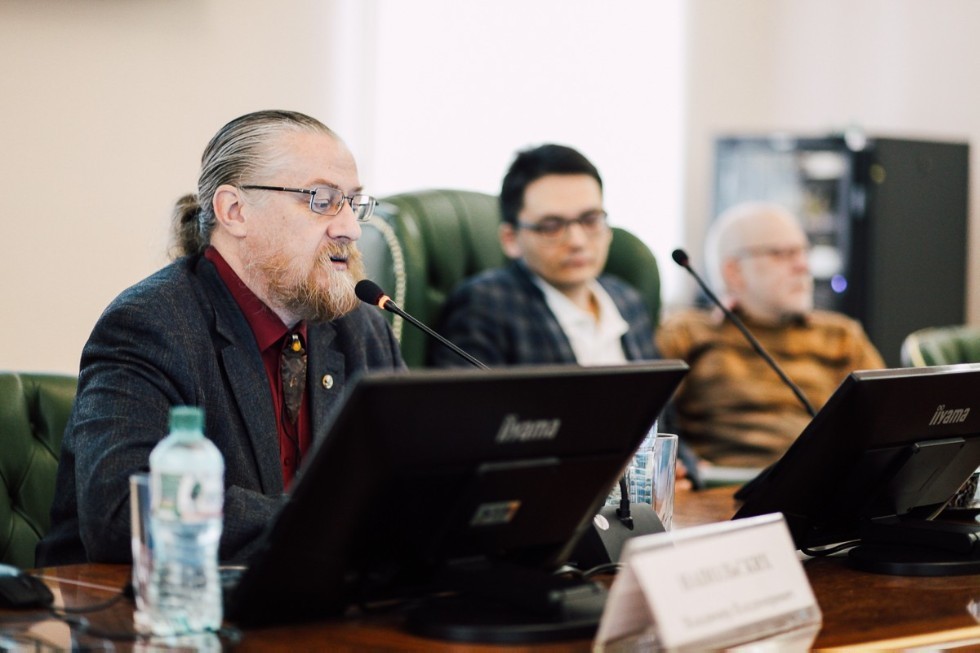 The event is organized by the Institute of International Relations.

Alexander Saveliev, Research Associate of the Institute of Language Studies of the Russian Academy of Sciences, noted that Mari language is the most “Turkified” of the Uralic languages. This emerged as a result of prolonged contacts with Chuvash language and Volga Kipchak languages (one of the latter is Tatar, an official language in the Republic of Tatarstan). There is much work left to do, he said, because the number of lexical parallels in Mari and Turkic languages yet to be explained exceeds the number of the already established ones.

“The search for Turkic-Mari contact lexicon is an important part of the analysis of non-etymologized Mari words. The stratification of borrowings and their cultural interpretation are also needed. The vocabulary is only one of the contact points of the very close ties of Mari and Turkic languages,” concluded Saveliev.

During the 19th and 20th February, more lectures and discussions will be held considering the linguistic map of the left bank of the Volga River, the language history of the Khazar Khaganate, and the classification of Kipchak languages.

įŅ“ŅŃ­Ó¶Ķ  Ķń ņÓ“Õ­ĶÓļÓ: Findings in ethnic history of the Volga Region presented at a conference