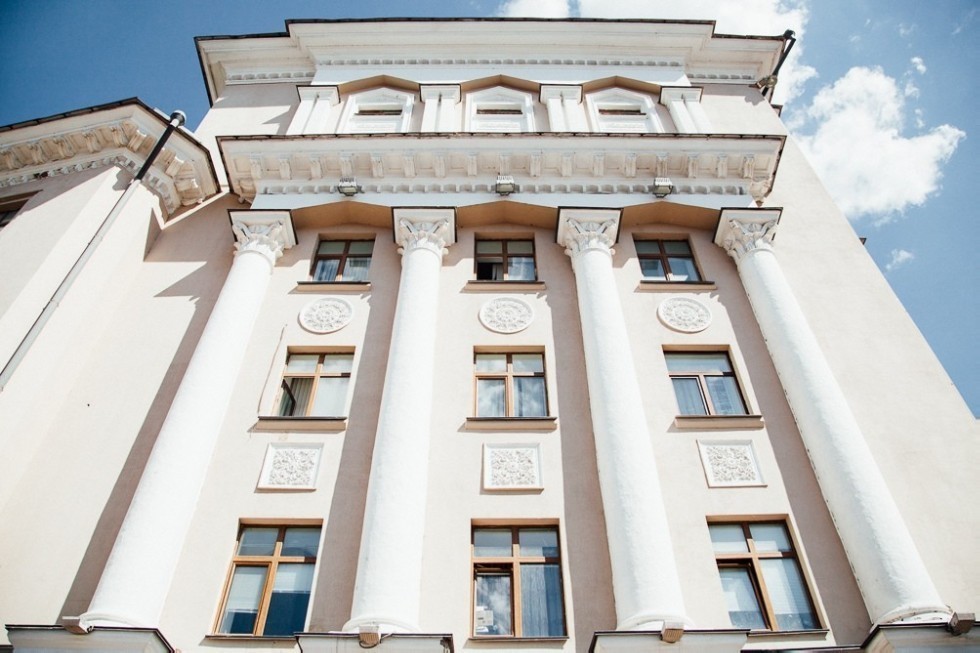 Several researchers received the 2020 state prize for their contributions to Sviyazhsk and Bolgar projects – both now included in UNESCO World Heritage lists.

Importantly, just a few months ago, Rector Ilshat Gafurov was among the awardees of the Russian Government Prize in Culture for the museumification of the Bolgar Historical and Archeological Complex and the Town Island of Sviyazhsk. Additionally, the Archeological Woodwork Museum in Sviyazhsk received the AVICOM Prize for its multimedia exhibits.

This time, the winners from KFU are:

Apart from them, the same award went to other colleagues:

Ramil Khayrutdinov comments, “I want to mention the specifics of this prize. Earlier, many colleagues from the big team of researchers have been awarded for their contributions. The State Prize notes scientific achievements and the value of research. Many new technologies and techniques have been used. A new approach was formed to work with large complexes of heritage. It’s important to know that the team which succeeded in enrolling Sviyazhsk and Bolgar into the UNESCO World Heritage List created new approaches to research and heritage studies in Russia.”

The project not only helped popularize new tourist attractions and pilgrimage sites, but made huge advancements in culture studies, museology, restoration studies, and many other fields.

Rafael Valeev and Ayrat Sitdikov noted that the Sviyazhsk and Bolgar projects have been one of the most significant in humanities in the post-Soviet era.