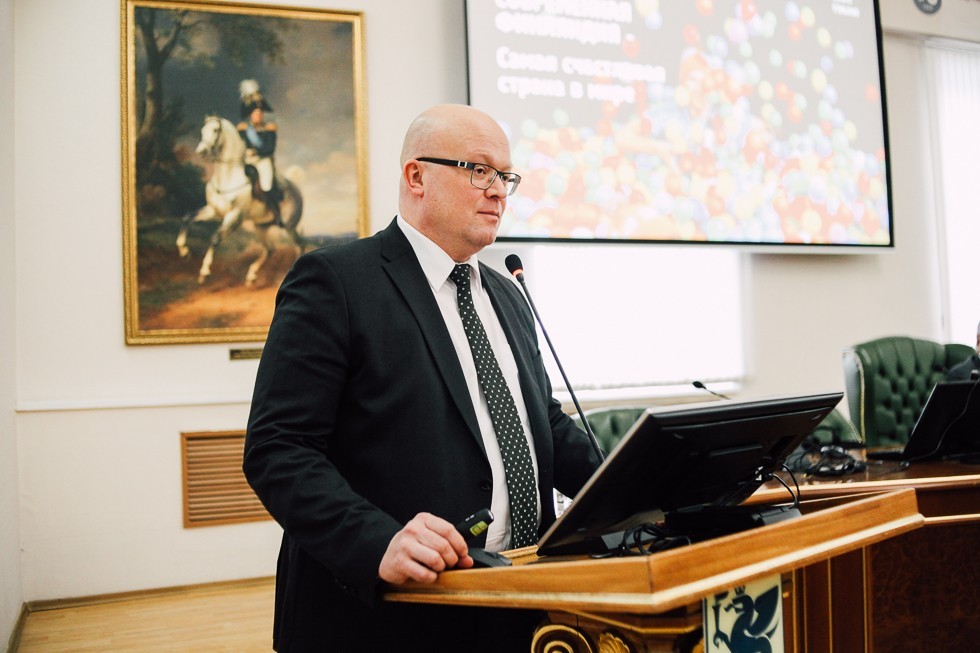 The lecture titled “Contemporary Finland – the happiest country in the world” was given on 27th November at the Institute of International Relations.

Before his speech, the Ambassador spoke with President of Tatarstan Rustam Minnikhanov. “We try to enliven the economic relations between Finland and Tatarstan. We are very glad that we have the Republic’s and President Minnikhanov’s full support,” he shared with the students.

According to Mr. Hautala, Finland has been named the happiest country in the world for a second year in the UN World Happiness Report. Life expectancy, corruption perception, and social welfare are among the criteria.

“For such a country, far away from the continental Europe and with an awful climate, the only path to success was to concentrate on its people,” said the diplomat.

Finland is also considered the most stable, the most free, the most literate, and the safest country on the planet. Apart from that, Finland’s system of secondary education is also ranked the best, and its judicial system – the most independent.

Ambassador Hautala then answered the students’ questions. They asked what would Russia need to increase its happiness, what is Finland’s approach to cybersecurity, and how the Finnish authorities interact with Finno-Ugric ethnicities of Europe.

In the end, the attendants could find out that the Finnish recipe of happiness comprises three parts – health, family, and one’s favorite work. Lifestyles and relationships with other people are also important, as the visitor noted.