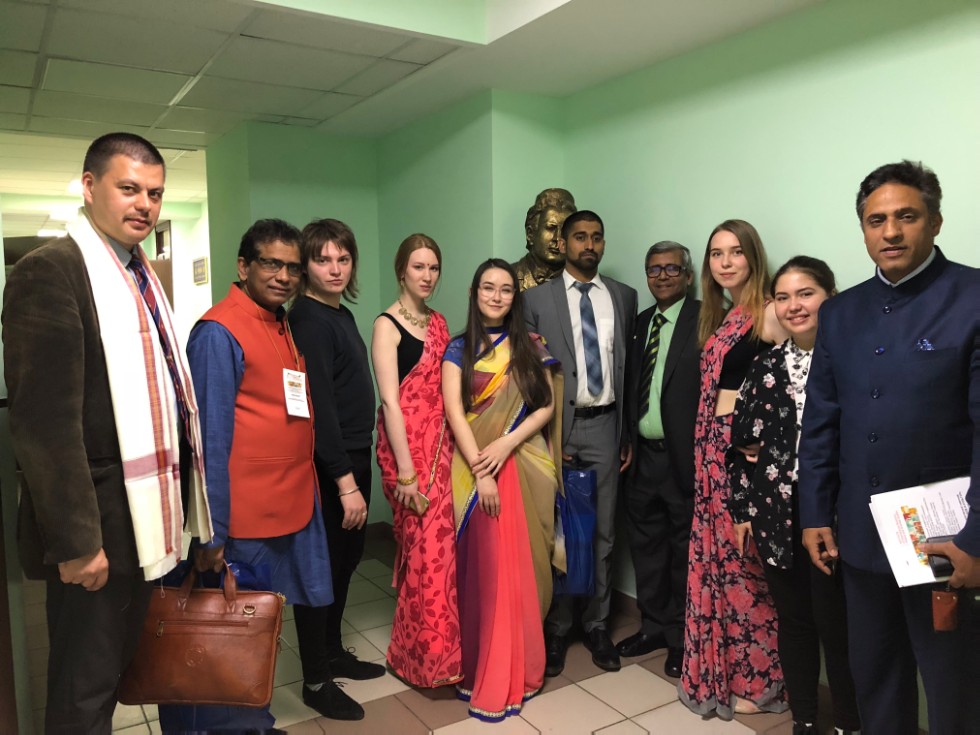 The seminar was held as part of events dedicated to the 200th anniversary of Russian Academic Oriental Studies.

The event was announced on the initiative of the Indian counterpart and supported by the Russian partners as Interdisciplinary international meeting with recognized Indian scholars to discuss philological, historical, culturological, scientific and educational research in Indology, current problems of long-standing and contemporary connections of Russian Federation and Republic of Tatarstan with Republic of India.

In the first part, a Ceremonial reception was held for Indian and special Russian guests in the main building of Kazan Federal University. Doctor Pradeep Singh – Secretary of Maharashtra Historical and Cultural Research Institute, other Indian guests presented welcome speeches. They saw a video presentation about Kazan Federal University, made a tour around the Museum of History of the University, the Imperial Hall and University campus. Photo and video coverage was provided.

The seminar continued at Institute of International Relations, History and Oriental Studies. Director of J. Nehru Cultural Center of Embassy of India in Russian Federation Mr. D. Jeysundhar and the Chairperson of the Organizing Committee Vice-Rector Linar Latypov officially welcomed the participants. Rameshwar Singh – Doctor, Head of Russian-Indian Friendship Society «DISHA», made a report «Prospects of friendship between Russia and India». Director of «Tatarstan-India» Center Ishtiaq Ahmad congratulated the participants. Introduction of Department of Oriental Studies was made by its head Alim Abidulin and Hindi students. Guzel Mratkhuzina, Director of Center of Indian Studies of Kazan Federal University, delivered a report «Kazan school of Indology: continuity of traditions». Both parties presented letters of gratitude and gifts. The guests sent their greetings to Director of Institute of International Relations, History and Oriental Studies Ramil Khairutdinov with the request to present him a lapel badge «70th anniversary of establishing Russian-Indian diplomatic relations».

The working session included presentation and reports by participants in Russian, English and Hindi languages. Among the participants of the seminar and their reports, we can mention the following:

Reports were also delivered by teachers of Department of Oriental, African and Islamic Studies, Department of Theory of Translation for International Relations of Kazan Federal University.