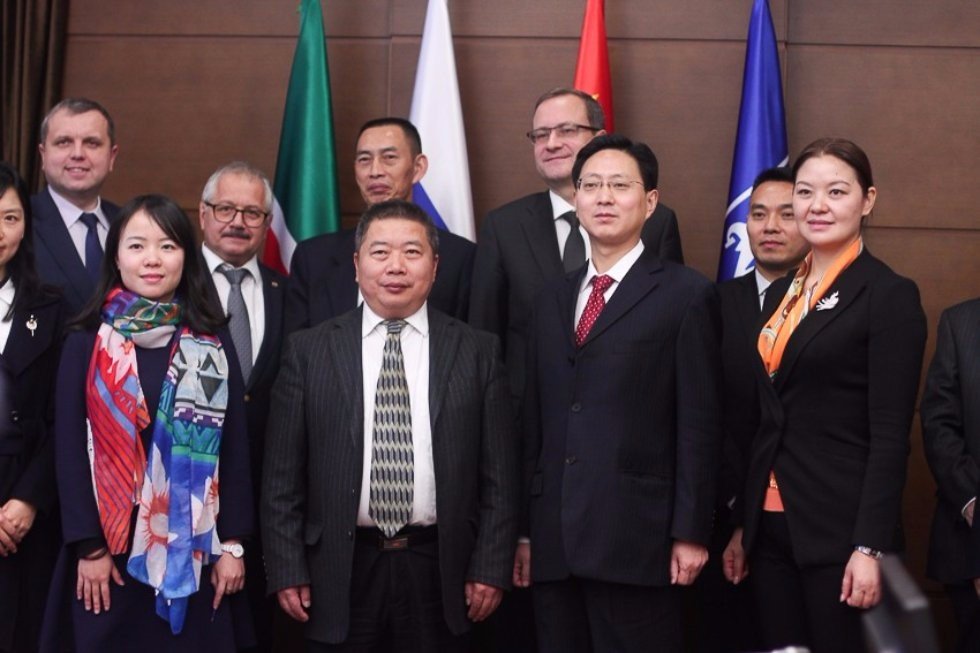 This is the first such program in the history of cooperation between the two regions.

An introductory meeting was held on November 15th at KFU. The University was represented by Vice-Rector Linar Latypov and Director of the Higher School of Public Administration Igor Privalov. The Sichuan Province’s delegation was headed by Deputy Head of the Foreign Affairs Office of He Guangxian.

The training course for Sichuanese guests includes basic knowledge about public governance in Tatarstan, such as social and economic development strategies, political climate, cultural heritage, investment policies, and municipal administration. All classes are held by acting government workers and experts in related subjects. The delegation also plans a visit to Zelenodolsk District near Kazan and Sviyazhsk Cultural Reserve.

This internship program follows a business forum of two provinces that took place in May 2016 in Kazan. It was then when KFU signed agreements with Sichuan University and Southwest Petroleum University.

During the yesterday's meeting the sides also discussed some details of the both countries' public administration systems. Chinese colleagues showed interest in what KFU’s employees had to say and plan to further promote university cooperation upon returning home.

As you might have read not long ago, KFU already established collaboration in public governance with another partner from China – Beijing Administrative College.