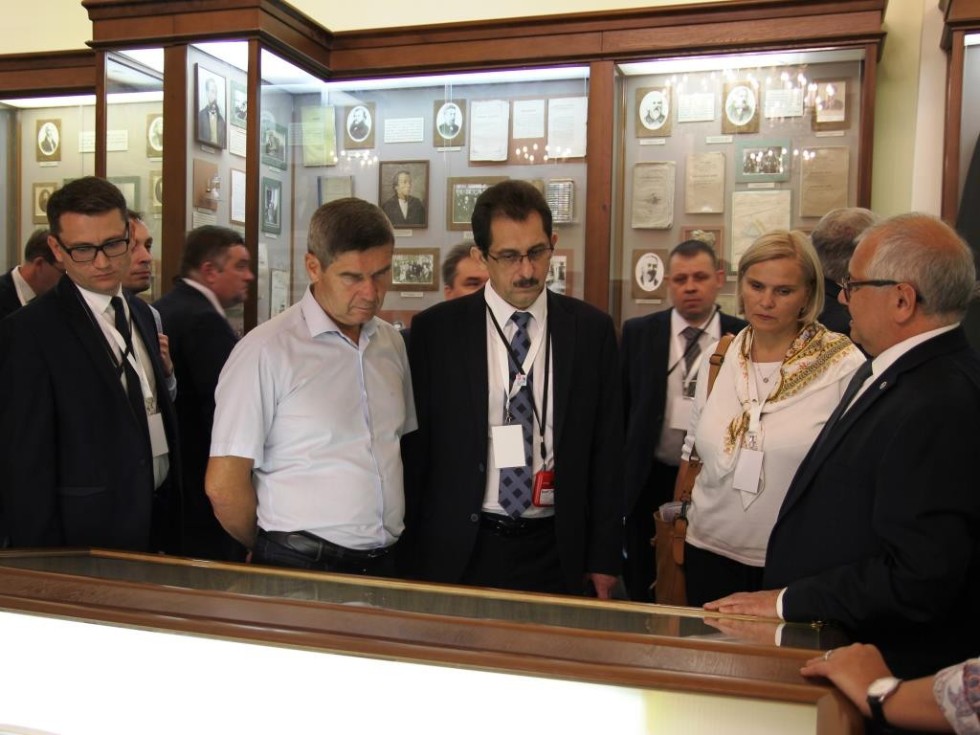 A number of education administrators and industrialists visited on 21st August.

They were greeted by Vice-Rector for International Cooperation Linar Latypov, Vice-Rector for Engineering Nail Kashapov, Director of the Institute of Psychology and Education Aydar Kalimullin, and Director of the Higher School of Public Administration Igor Privalov. Dr. Latypov presented the University, and Drs. Kalimullin and Privalov spoke about their respective institutions.

Rector Voytov voiced his eagerness to cooperate with KFU and named several prospective areas, such as inorganic chemistry, pharmaceutics, and advanced materials.

After the talks, Latypov and Voytov signed a cooperation agreement between KFU and BSTU.