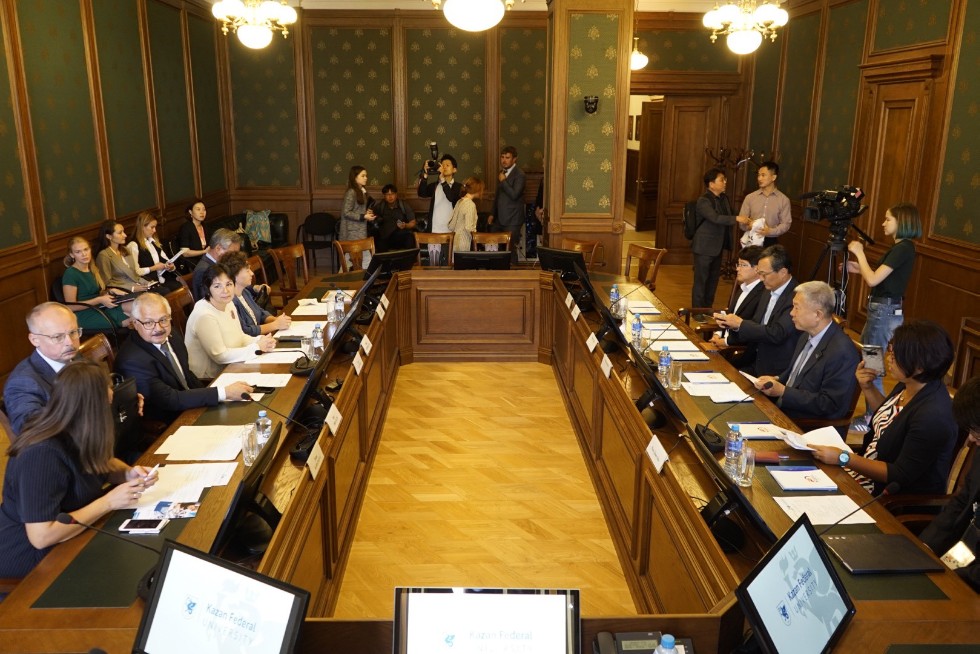 The team arrived on 26th August and was headed by HRDSK President Kim Dong Man.

After visiting the History Museum and the Lenin Memorial Classroom, the guests went on to listen to a presentation given by Vice-Rector Linar Latypov. He mentioned that in the past academic year, KFU hosted 7 full-time students and 1 PhD candidate from South Korea. 189 joint publications with South Korean universities have seen light in 2015 – 2019.

Speaking about the ongoing 45th WorldSkills competition in Kazan, Dr. Kim Dong Man specifically praised Korean language students from Kazan Federal University. “On behalf of the Korean team, I express sincere gratitude for your support of our competitors. We hope for further exchange and cooperation and believe that Kazan University will be a backbone for industrial cooperation between Russia and South Korea,” said he.

During the talks, other questions were raised, including cooperation in public administration studies.