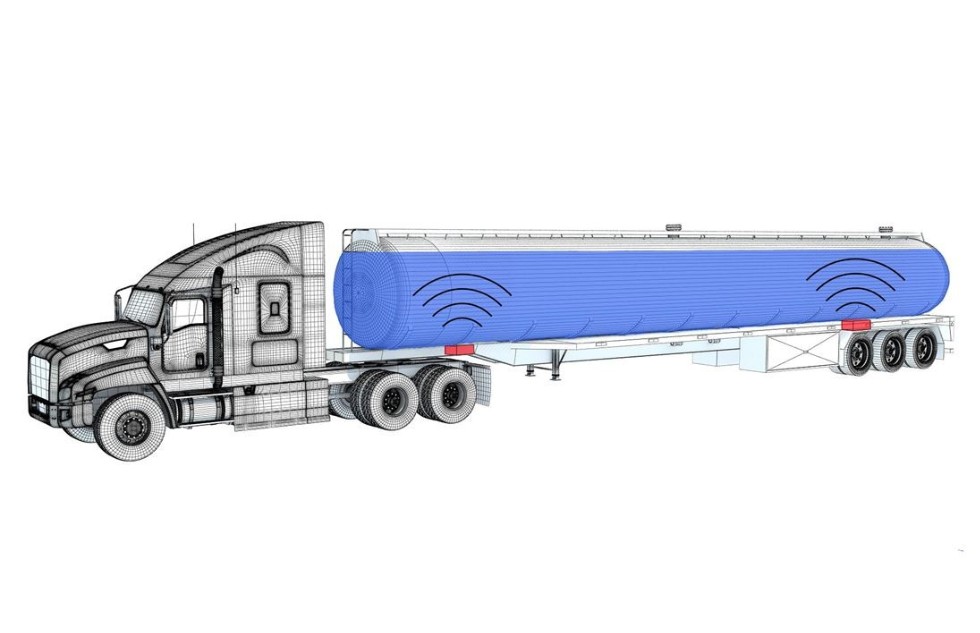 Physics students Ilfat Gabdulbarov and Carlos de la Morena are among the winners of the 42nd pitch session of IT projects.

The two collaborators have proposed a detachable noninvasive ultrasound measurement device with a thermometer and built-in software to detect changes in transported liquid levels in real time.

Mr. Gabdulbarov explains, “Currently, liquid levels are measured with mechanical detectors, and temperature – with thermometers. This doesn’t help to find leaks or theft of liquids in a timely manner. With this ultrasound device, we can not only measure liquids in containers with high precision, but also monitor it in real time.”

The idea came to Gabdulbarov when he worked as a logistics manager at a petroleum chemistry transportation company. As many others in the business, he encountered cases of fuel theft.

“Together with Carlos de la Morena, another student of the Institute of Physics, we came up with this detachable noninvasive measurement device. The system maintains constant connection to GLONASS navigation system. It can monitor qualitative and quantitative characteristics of cargo in real time. You cannot steal or water down the liquid without it being immediately detected and transferred to a data center. Furthermore, the system also evaluates the risk of explosion of flammable liquids,” adds Gabdulbarov.