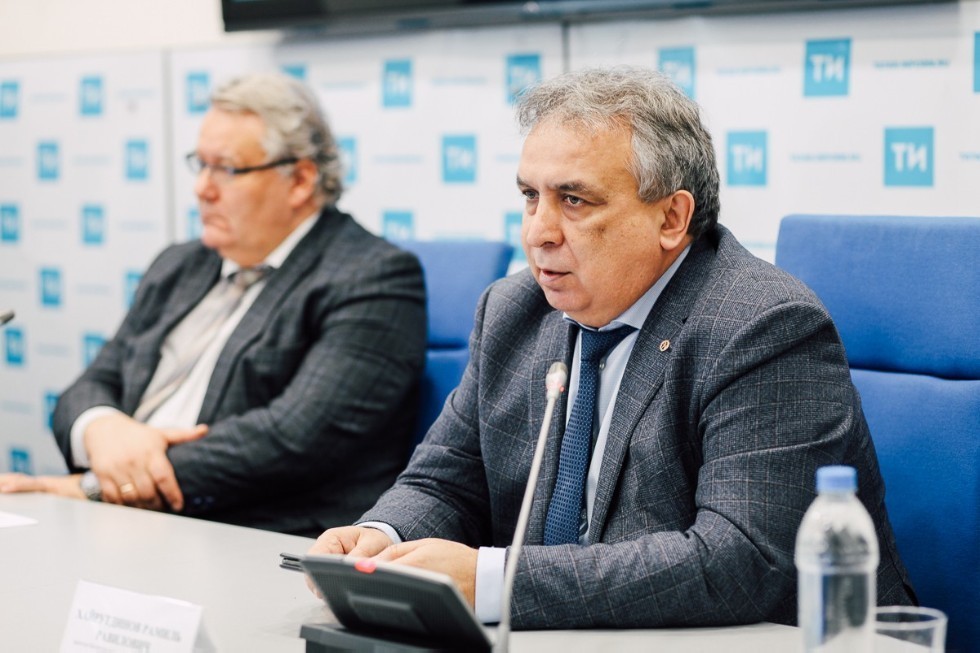 The decision was voiced during a press briefing on April 11.

The press meeting was timed to coincide with a roundtable on astronomical observatories of Kazan University and their role in global science and culture. Vice-Rector for Education Dmitry Tayursky noted, “I wanted to remind that our suburban observatory was established thanks to a friendship between two great individuals – astronomer and first director of Kazan University Observatory Dmitry Dubyago and philanthropist and amateur astronomer Vasily Engelhardt, who at one point completely abandoned his business in favor of this new passion. In Dresden, he built a personal observatory and spent all his time here; and he also willed all his estate and his instruments to Kazan University. In 1897, when a decision to establish the suburban observatory was made, he donated a sizable collection of astronomical instruments to the University. The friendship between those two scholars was so tight that they instructed to bury them together on the observatory grounds.”

Vasily Engelhardt passed away in Germany in 1915, at the height of the First World War, so nothing could be done. Dmitry Dubyago died in 1918 and was buried at the observatory as per his will. Finallly, in 2014, before an anniversary of Engelhardt’s passing, his remains were reburied at the place where he had initially wanted them to be.

The proposal to create the prize was formally put forth during the roundtable by Grigory Ordzhonikidze, Secretary-General of the UNESCO Russia National Commission.

The prize may receive a provincial status in Tatarstan – negotiations have begun on the matter.