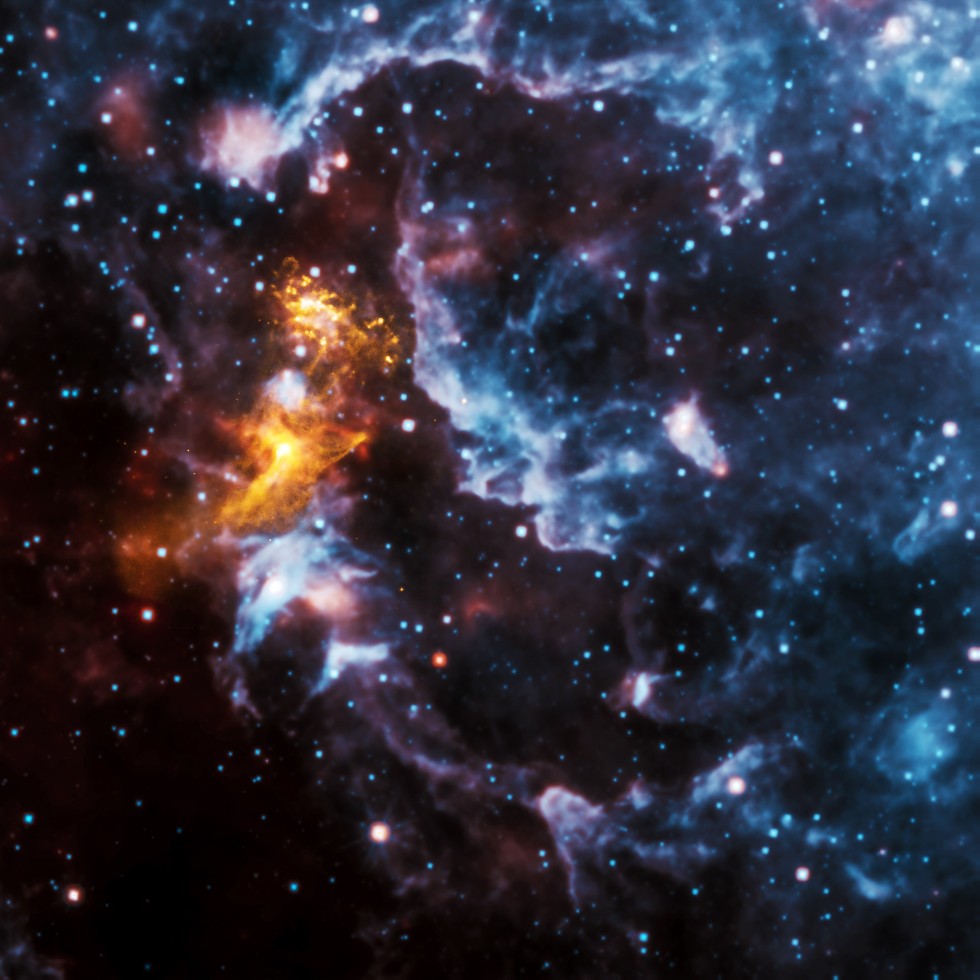 Neutron stars are the smallest and densest astrophysical objects with visible surfaces in the Universe. They form after gravitational collapses of the iron nuclei of massive (with masses about ten solar masses) stars at the end of their nuclear evolution. We can observe these collapses as supernovae explosions.

The masses of neutron stars are typical for normal stars, about one and half solar masses, but their radii are extremely small in comparison with normal stars - they are between ten and fifteen kilometers. For comparison, the radius of the Sun is about 700,000 km. It means that the average matter density of neutron stars is a few times larger than the density of atomic nuclei, namely about 1 billion tons per cubic centimeter.

One of the most suitable astrophysical objects for neutron star radii measurements are X-ray bursting neutron stars. They are components of close binary systems, so called low-mass X-ray binaries. In such systems, the secondary component, which is a normal solar-like star, losses its matter, and the neutron star accretes the matter. The matter flows from the normal star onto the surface of the neutron star. The surface gravity on a neutron star is very high, hundred billion times higher than on the Earth's surface. As a result, the conditions for exploding thermonuclear burning arise on the bottom of the fresh accreted matter. It's these explosions that we observe as X-ray flashes in low-mass X-ray binaries.

Durations of the most X-ray flashes are about 10 to 100 seconds. After the maximum, the X-ray brightness decays almost exponentially. An X-ray bursting neutron star emits as a black body with some temperature (about ten million degrees), and this temperature decreases together with the brightness decreasing. But the connection between the brightness and the temperature is not fixed. It depends on the physical structure of the upper layers of the emitting neutron star envelope (the atmosphere). The model atmospheres of X-ray bursting neutron stars can be computed for various masses and radii of, as well as for a given X-ray flash brightness, and some time ago the co-authors computed the extended grid of such model atmospheres (https://ui.adsabs.harvard.edu/abs/2011A%26A...527A.139S/abstract).

The comparison of joint observational decreasing of the temperature and the X-ray brightness in some X-ray flashes with the model predictions allows to find the mass and radius of a neutron star. This method, which was named the cooling tail method, was suggested more than ten years ago (https://ui.adsabs.harvard.edu/abs/2011ApJ...742..122S/abstract). The authors of this method are Valery Suleimanov, Juri Poutanen, Mike Revnivtsev, and Klaus Werner, three of whom are the co-authors of this current publication. Further development of this approach and its application to the many X-ray flashes allowed them to limit the neutron star radii in the range from 11 to 13 km (see, for instance, https://ui.adsabs.harvard.edu/abs/2017A%26A...608A..31N/abstract). All the following determinations, including an observation of the merging of two neutron stars by gravitational wave detectors, gave values inside of this range.

In the method, the researchers assumed that the neutron star is not rotating and has a spherical shape with a uniform temperature distribution over the surface. But the neutron stars in the considered binary systems can rotate rapidly with the typical period a few milliseconds.

In particular, the fastest rotating neutron star in the system 4U 1608-52 has a spin period of 0.0016 seconds. Shapes of such rapidly rotating neutron stars are far from spherical. They have larger radii at the equators than at the poles, and the surface gravity and the surface temperature are larger at the poles than at the equators. Therefore, there are systematic uncertainties in the method of the neutron star masses and radii determination. The obtained neutron star radii can be systematically overestimated due to their rapid rotation.

Recently (https://ui.adsabs.harvard.edu/abs/2020A%26A...639A..33S/abstract) Valery Suleimanov, Juri Poutanen, and Klaus Werner developed a fast approximate approach for computing the emergent radiations of rapidly rotating neutron stars. They extended the cooling tail method for thermonuclear flashes on the rapidly rotating neutron star surfaces. This extended method was applied to the X-ray burst on the surface of the neutron star in the system SAX 1810.8-2609, which is rotating with the period of about 2 milliseconds. The study showed that the radius of this neutron star can be overestimated on the value in the range from one to a half kilometer depending on the inclination angle of the rotation axis to the line of sight. It means that the systematic corrections are not crucial and can be ignored in the first approximation. The plan is to apply this method to the fastest rotating neutron star in the system 4U 1608-52.