Revival of interest towards Marxism discussed on University TV 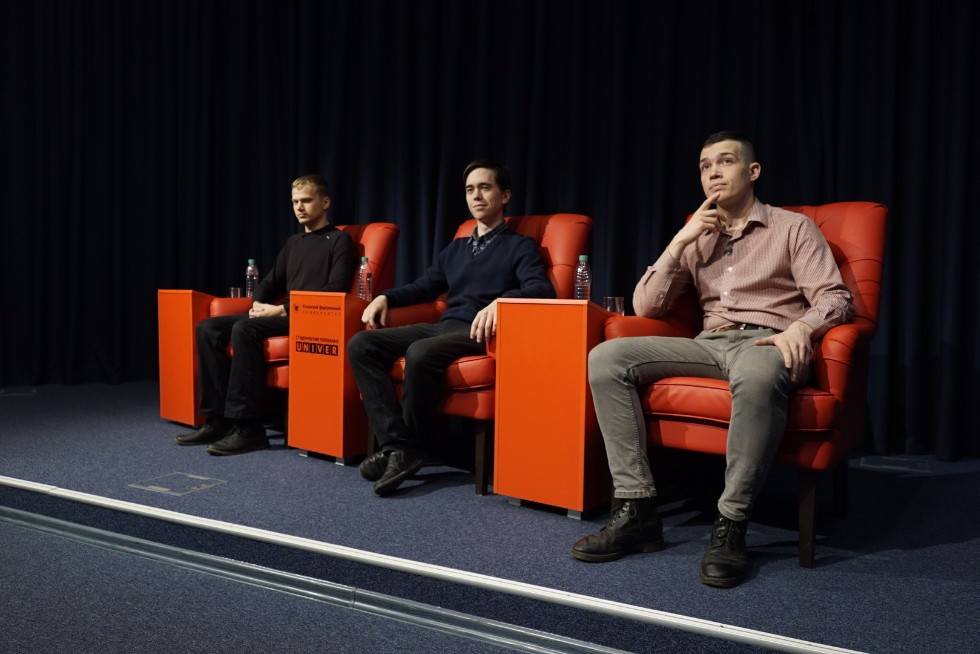 A meeting was held in the show room on 16th October.

Discussion moderator Albert Bikbov started with a bit of history, speaking about one of the first Marxist societies in Russia – the Fedoseev Circle, founded in 1887. It became famous later because Vladimir Ulyanov-Lenin attended it during his stay in Kazan after having been expelled from Kazan University for political activism. In October 1889, the circle was dismantled by the police.

Yesterday, three young people spoke about how they joined a contemporary Marxist discussion club and what they pay attention to during their meetings.

Director of the Institute of Social and Philosophical Sciences Mikhail Schelkunov commended the youth for delving into Marxism and invited them to join one of the Institute’s master programs.

Among the questions which followed were – did the guests read all four volumes of Das Kapital, what they think about today’s Russian Marxism and global feminism, and are Greta Thunberg’s ideas important for them.

In the end, one of the invitees assured that they study Marxism to try and change the society to the better.