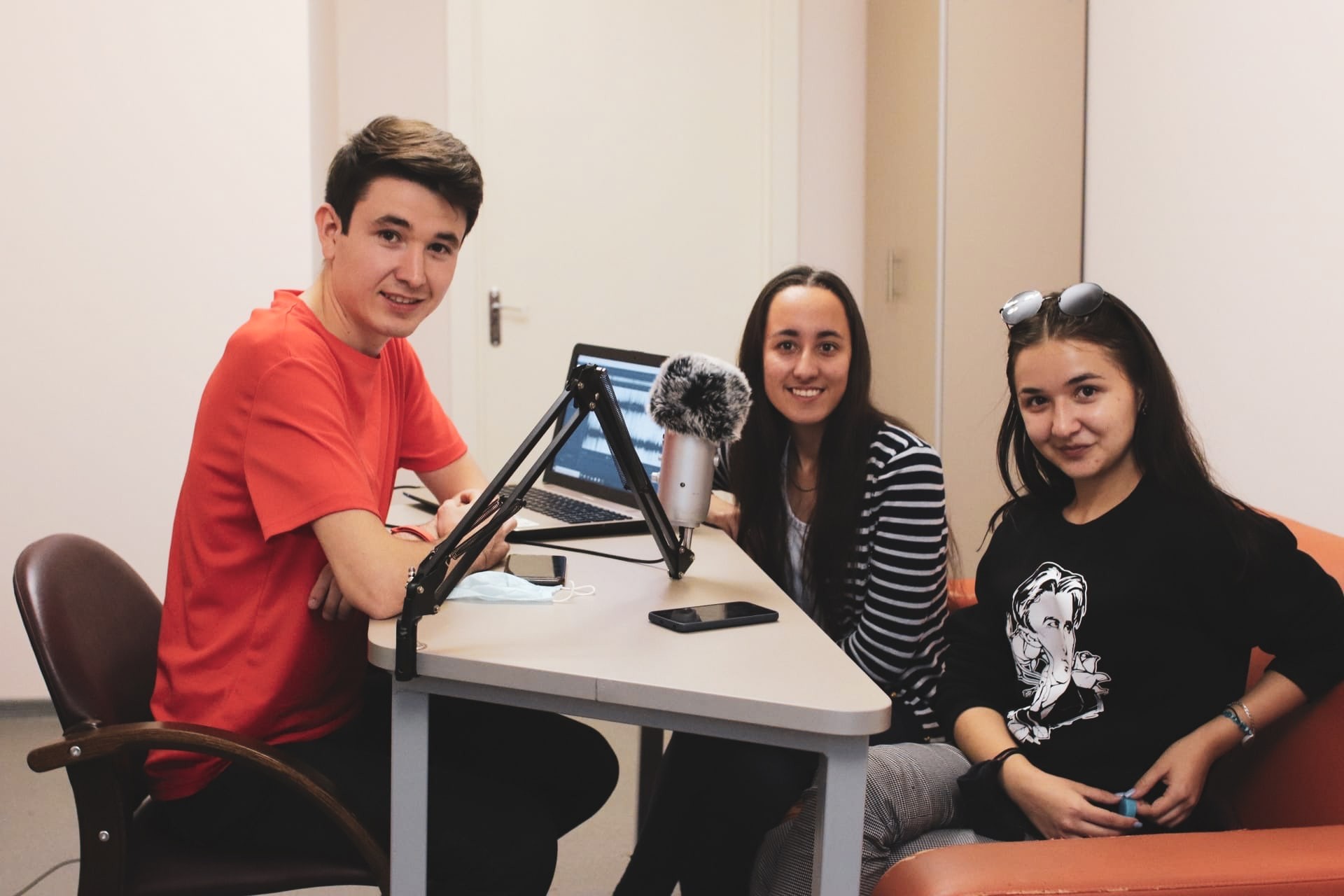 Russian social networking giant is to disburse 150 thousand rubles to the authors of the first student podcast in Tatar language.

The podcast first aired in December 2018 and features five students (all enrolled in the Tatar journalism program) – Ilyas Bagawov, Chulpan Garifullina, Adelina Bikkinina, Raida Nigmetzyanova, and Rafida Galimzyanova. 14 episodes of the podcast have aired so far.

Initially, the podcasters discussed news of Tatarstan and Tatar people, but gradually they moved beyond those topics.  After finding out about VK’s grant program for minority language teams, they decided to partake.

“When we got acquainted with other participants, we realized that there are many cool and deserving projects in Tatar language. The competition was tight. Everyone tried their best and created interesting content. That’s why we were enormously happy after the results had been announced,” comments Ilyas Bagawov.

The podcast already has its core audience and feedback, both positive and negative.

“We are always ready to listen to constructive criticism. Thanks to negative comments, we make takeaways and try to improve our project. But the majority of listeners give us praise, and we love them back,” says Chulpan Garifullina.

There are many plans to use the allocated funding, such as improving sound, visuals, and content delivery. New thematic sections are also to be introduced. The guys are looking for a new location as well.

Dilyara Makhiyanova, Regional Manager of VK in Tatarstan, explains, “We want indigenous language projects to be able to shine along with Russian language ones, to expand their audience and produce more quality content. That’s why we launched this program with two components – educational and financial. We started with Tatar language, but plan to involve more.”

The podcast is available on VK, Google, iTunes, Castbox, and YouTube.