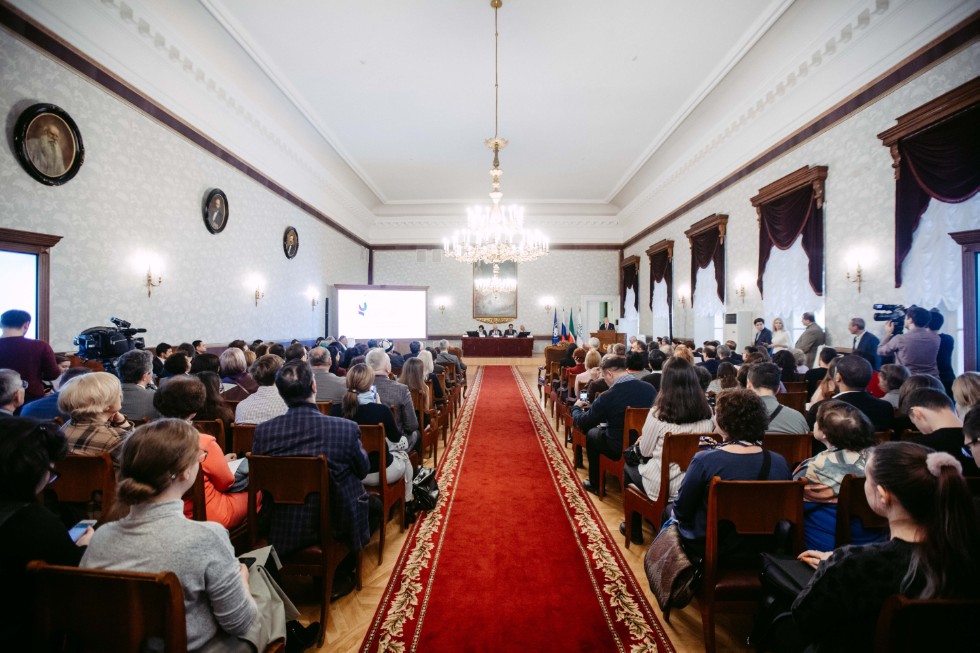 The event is being held on 12th – 13th March and celebrates the 100th anniversary of the founding of the Republic of Tatarstan (as Tatar Autonomous Soviet Socialist Republic).

In his opening speech, Rector Ilshat Gafurov noted that sociology is well developed at Kazan Federal University. Traditionally, intercultural communication and peace are among the foci of attention for our scholars. This forum touches upon such topics as multicultural environments, family models, social inequality, and digitization.

The Congress aims to attract attention to fundamental and applied research of social change and the contribution of Tatarstan and Tatar culture to the world.

Dr. Gafurov was then awarded the Medal of the 100th Anniversary of the Republic of Bashkortostan and the silver medal of the Federal Sociological Center of the Russian Academy of Sciences.

The other contributors at the opening ceremony were Vice-Premier of Tatarstan Leyla Fazleeva, First Vice-Rector of KFU Riyaz Minzaripov, President of the Eurasian Association of Sociologists Gali Galiev, President of the Russian Society of Sociologists Valery Mansurov, and Director of the Center for Eurasian Integration Research of the Institute of Socio-Political Research (Russian Academy of Sciences) Galina Osadchaya.