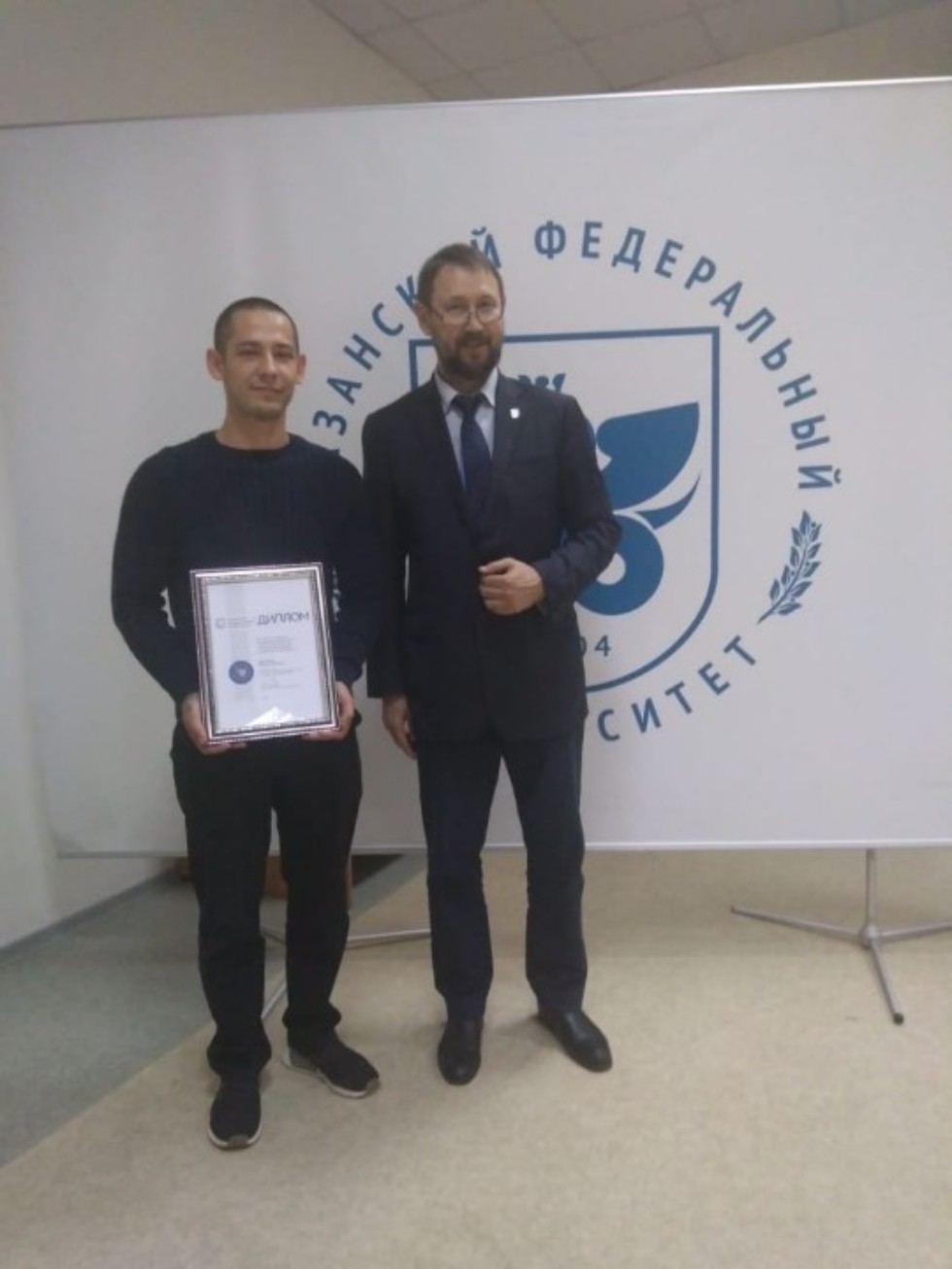 On May 30, a solemn ceremony was held in the assembly hall of the Institute of Geology and Oil and Gas Technologies of the Kazan Federal University, during which the finalists of the Competition for the best scientific work of KFU students were noted.

In the socio-humanitarian area II place was taken by a 3rd year student gr. 13.1-601 Department of Religious Studies, Institute of social-philosophy sciences, Davletshin Roman Rinatovich. The theme of the work, carried out under the guidance of Candidate of Historical Sciences, Vladimir N. Nikolayevich Assistant Rogatin, “Judicial decisions regarding Satanists and Satanist groups”.

Congratulations to Roman and we wish him the conquest of new scientific peaks!