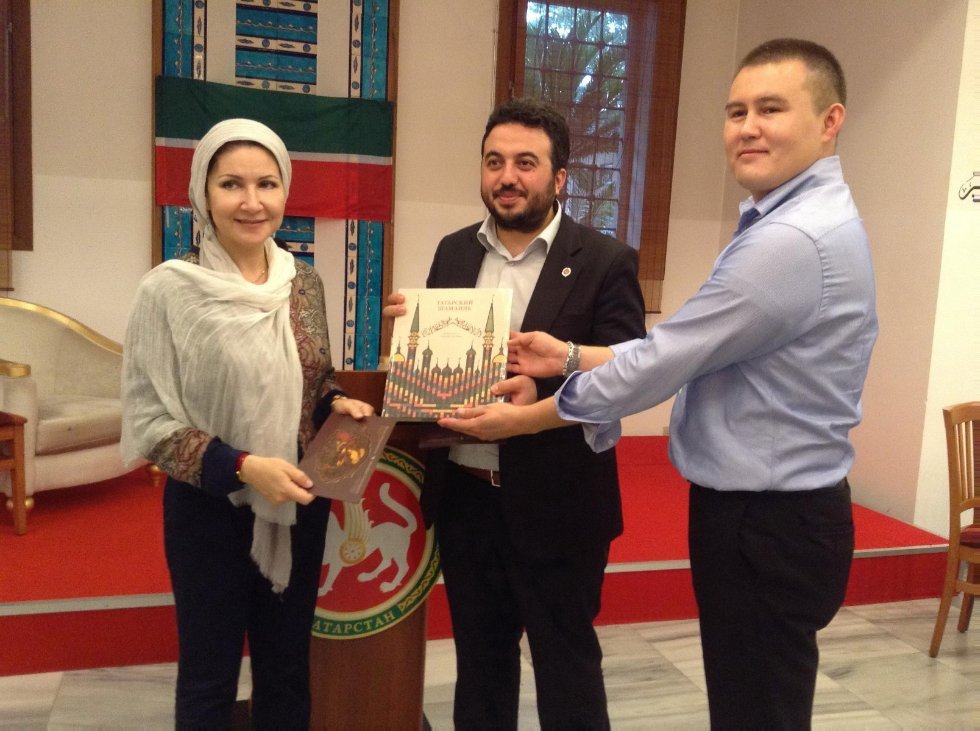 In February, the Japanese Embassy in Russia held a presentation of the concept and the first results of the project "Japan - the Tatar world".

The project of academic cooperation between the Republic of Tatarstan and Japan under the code name "Japan - the Tatar world" is implemented for the third year, starting in 2014, based on the Institute's history. Sh.Mardzhani supported by the President Rustam Minnikhanov and the active participation of the Kazan Federal University.

Within the framework of several workshops held - as in Kazan, and in Japan. The seminar in 2014 in the University of Shimane participated Professor Dilara Usmanov (KFU), and the conference "The scientific, cultural and technological contacts of Japan and Tatar world" in October 2015 in Tokyo and Shimane Prefecture issued a report and presentation KFU Associate Professor Guzel Guzelbaeva (KFU).

In October 2015 a delegation from Tatarstan visited Shimane University. The results of current research in the field of socio-cultural, economic and technological relations of Japan and Tatarstan were discussed at a special conference where researchers have taken part of the universities in Japan, Russia, Turkey and Italy. The only representative of the KFU in the past year has been an assistant professor of general and ethnic sociology Guzel Guzelbaeva, spoke on "Islam in Tatarstan of the history and the present", which described, in particular, the Islamization process that began after the collapse of the Soviet Union, and the new challenges related to the possible radicalization of the believers.

Also Guzel Guzelbaeva made a presentation in which Japanese colleagues introduced with the history of our university, its main scientific achievements and areas of current research.

Researchers from Tatarstan continued acquaintance with archival materials Shimane University libraries, including archives of the world famous Turkologist Hatori Siro. As part of the project, meetings were held with representatives of the Tatar emigration in Japan (Akchura family, Safa, Sprat, Mina) and a visit to Tokyo and Kobe mosques and Buddhist and Sintoist temples.

The territory of the Tokyo Mosque was held a meeting between President Rustam Minnikhanov with representatives of the Tatar diaspora in March 2014. Of particular importance is the city of Kobe Mosque, the construction of which 80 years ago was initiated by our countrymen. It was the first wave of emigration of Tatars in 1918 - 1920 years has brought Islam in the Land of the Rising Sun, and thanks to the efforts of Gabdrashita Ibragimov Islam was recognized as one of the four official religions of the country on a par with Buddhism, Shintoism and Christianity.

In August 2016 a large-scale conference will be held in Kazan, which will be devoted to a comparative analysis of the modernization of the North-East Asia and the regions of Russia by the example of the Republic of Tatarstan. Japanese partners received in 2015 a five-year grant from the government of Japan Institute of Human Sciences to conduct research on the problems of North-East Asia.

Today we can say for sure that the academic cooperation between Japan and the Republic of Tatarstan to the next level.