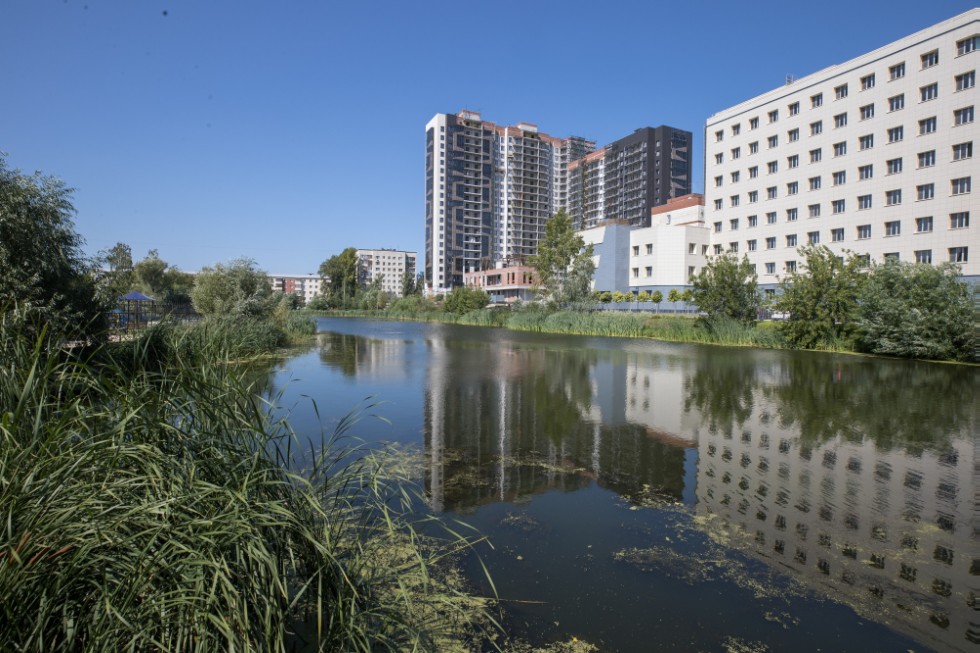 The project was supervised by Professor Nafisa Mingazova, Chair of the Department of Environmental Engineering and Water Resources Management.

KFU employees first researched the lake in 2018. At that time, they found out that the water body lacks oxygen, the bottom is covered with a thick layer of silt, and there is virtually no influx of ground water.

“In 2019, we put forth a program of environmental rehabilitation of the water body and its banks, but we couldn’t get to it before the nesting season ended. We wanted to preserve the primordial beauty of the lake and turn it into a real eco park,” says Mingazova.

The works started in April 2020. Firstly, 10 large trucks of garbage were collected from the lake bottom. After that, silt and excess plants were also removed from there. Hence, ground water was released and the lake started amassing oxygen. Special tubes were installed to drain the banks and eliminate foul odors. All in all, 8 thousand cubic meters of bottom sediments and 600 cubic meters of silt were collected.

Thanks to this, the bottom was deepened and now reaches four meters. Aeration of the lake was restored, and there is no more lack of oxygen.

Although the lake is only 8.2 thousand square meters big, it’s quite an important part of the ecosystem of this northern part of Kazan in the middle of Novo-Savinovsky District. Among the animals living here are frogs, goldfish, Amur sleeper, dozens of species of insects, plants and microbes. There are also such birds as mallard, tuffed duck, black-headed gull, and tarrock; the banks are inhabited by muskrats.

The renovation works were implemented with active participation from the local population. Among the construction changes aimed at them are new viewing grounds, benches, lighting, walking paths, plants and trees.