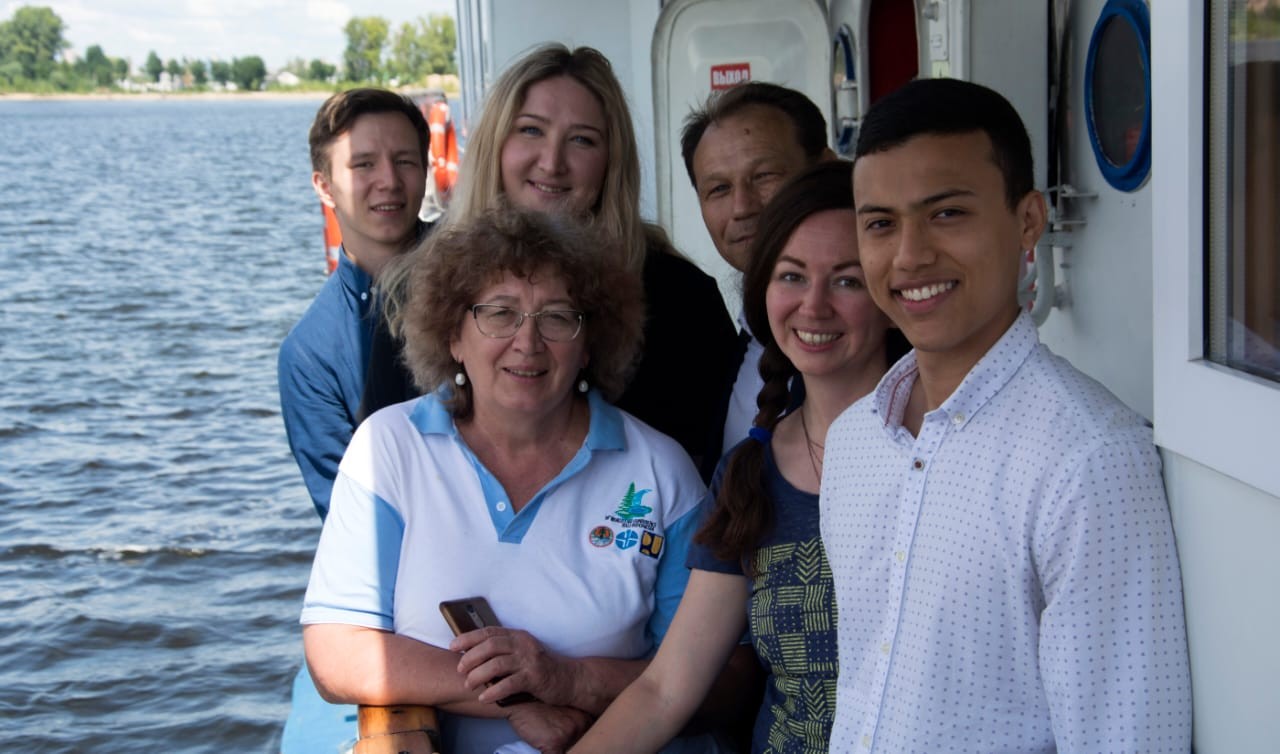 A part of the expedition took place in Kamskoye Ustye near Kazan.

The research tour, unofficially titled A Sailing University, was conducted together with colleagues from Samara Oblast, Nizhny Novgorod Oblast, and Moscow. KFU was represented by employees of the Department of Environmental Engineering and Water Resources Management and Water Ecosystems Lab.

Kamskoye Ustye is an urban locality near which the Volga River’s width reaches 28 kilometers. It has been a point of attention for KFU since the early 2000s. This time, the research group included Chair of the Department of Environmental Engineering Nafisa Mingazova, Senior Lecturer of the same department Elvira Nabeeva, and students Christopher Mack Quiroa (Guatemala) and Ruslan Putintsev (Russia).

“We found that the water quality has changed quite a lot,” says Mingazova. “In the 1980s, the water was of greenish color, but now it’s distinctly brownish or yellowish. The fauna composition has also changed. Mollusk populations have suffered significantly after recent water level decreases in the Volga River. During the expedition, we obtained some valuable data about the general condition of the river. We also showed our students the ins and outs of the research process.”

The results will be publicized in May 2021 during the Volga River Research Conference.