Twelve Kazan University representatives are among the winners of the 'Best Innovative Ideas for Tatarstan 2018'
Main page \ Academic Units \ Economics \ The Institute of Management, Economics and Finance 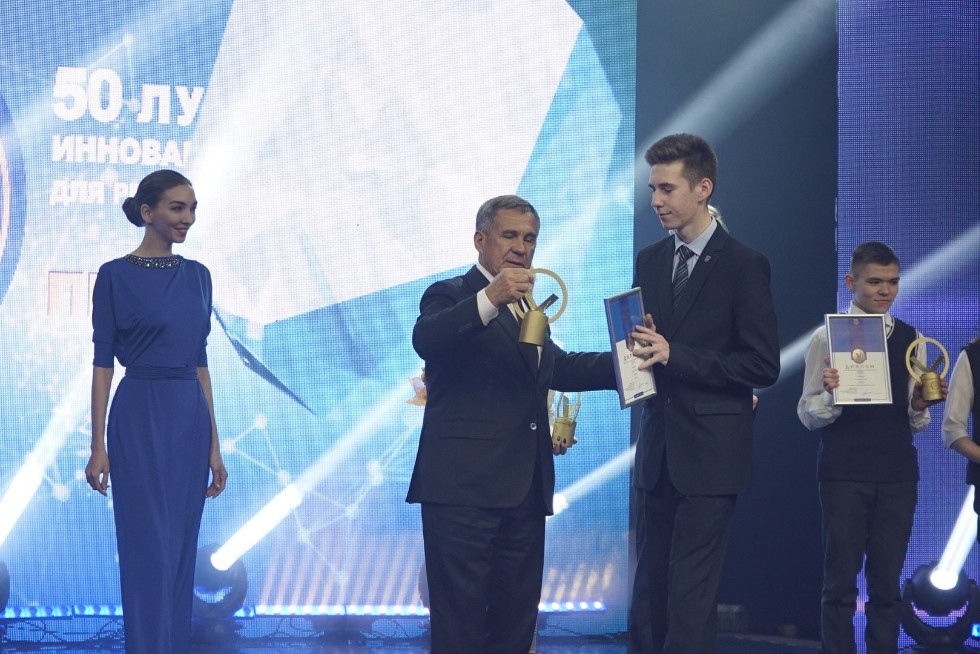 An award ceremony was held in Kazan on 13th December.

Provincial leadership was prominently featured in the ceremony. In particular, President of Tatarstan Rustam Minnikhanov gave away prizes to you innovators, one of whom was a KFU IT Lyceum pupil, Danila Yudin.

Prime Minister of Tatarstan Aleksey Pesoshin was the one to award social innovations, and Kazan University was represented there as well, this time by Associate Professor of Naberezhnye Chelny Institute Diana Grigoryeva. She took away her accolade for a questionnaire project called “Betterment of information systems of pharmacies”. The objective was to find out correlations between advertising and purchases of self-prescribed drugs.

As Vice-Rector for Innovation Dmitry Pashin noted, 28 submissions were made by KFU. He said that quality was prioritized over quantity. In other news, the Investment and Venture Fund of Tatarstan, which had held its meeting before the award show started, decided to establish an inter-university center for technology transfer. So far, Kazan Federal University, Kazan State Power Engineering University, Kazan National Research Technical University, and Kazan National Research Technological University have joined.

Other winners from KFU in various nominations were:

Digital Economy nomination – “Threat assessment and prognosis of the development of blockchain technology and its influence on the financial sector of the Republic of Tatarstan” (Leonid Elshin, Institute of Management, Economics and Finance);

Five employees of the Institute of Fundamental Medicine and Biology won scholarships from Svyazinvestneftekhim:

Two more researchers from the same Institute were awarded by Khimgrad:

“New medication based on derivatives of trichothecene with double bond in C-8-C-9 position for infectious diseases and cancers in humans” (Rinat Mukhammadiev).

Ōīņīćšąōč˙ čē ģąņåščąėą: Twelve Kazan University representatives are among the winners of the 'Best Innovative Ideas for Tatarstan 2018'