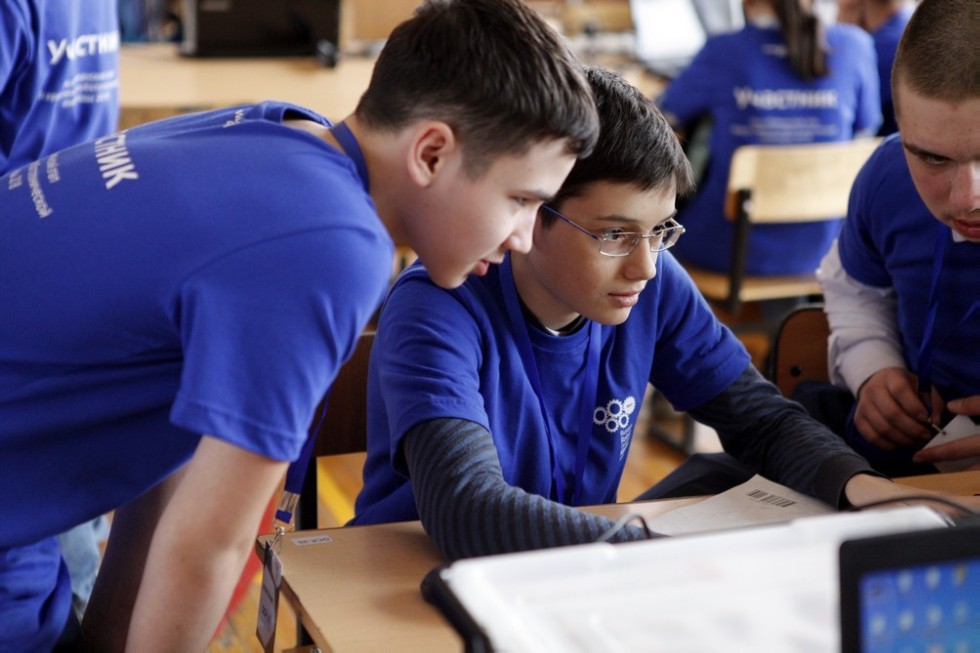 More than 200 schoolchildren aged from 9 to 18 from all over the Tatarstan republic took part in the competitions.

The Republican stage of the All-Russian Olympiad in Robotics is held annually in Tatarstan, since 2014. This time, the LEGO robots tournament was held at two platforms: in the Kazan Children's Scientific and Entertainment Center "Zarnitsa" and, for the first time, in the Center for Educational Robotics on the basis of the Yelabuga Institute of KFU.

It should be noted that the main part of the Olympiad was held in the Elabuga Institute: the boys competed in the categories "Basic", "Robot Soccer" and the profiles "Mobile Intelligent Robotic Systems", "Manipulative IRS".

Ôîōîãðāôčĸ čį ėāōåðčāëā: The Republican stage of the All-Russian Robotics Olympiad in the Yelabuga Institute of KFU