The University students will perform at World Robot Olympiad in India 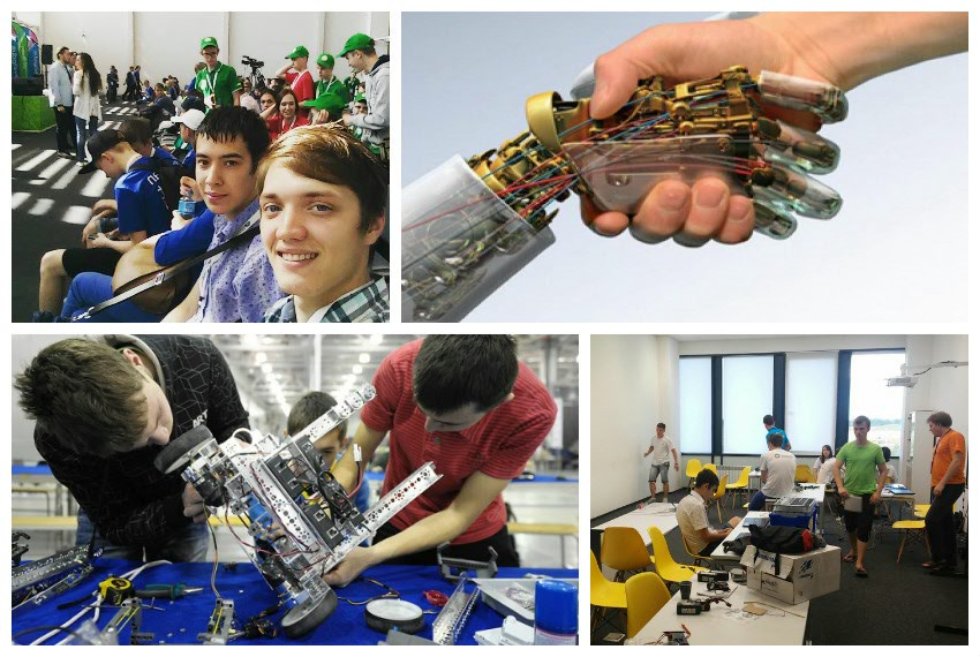 The team of Elabuga Institute of Kazan Federal University has tried out for and has been part of the Russian team.

The Federal training camps in robotics among the students of Russian universities were held on 5-13 August on the University basis in Innopolis City (Kazan). Within the limits of the gathering selection for the Russian robotics national team was passed. To become the part of Russian team, winners and prize-winners of All-Russian Robotic Olympiad competed. Olympiad was held at the IT-University from 25 to 26 June. Vladislav Starostin, Azat Nasibullin and Islam Khamitov (Yelabuga Institute of KFU’s students), won the Federal Olympiad and represented our University.

During several days the teams competed in the art of computer programming and constructing robots. After two intermediate rounds they determined the winners, including the team of Yelabuga Institute of KFU.

The competition’s winners will represent Russia in the final of World Robot Olympiad 2016 which will be held in November in New Delhi (India). The Russian national team includes 8 members; our students are only from Tatarstan. After winning, the young designers, started to develop a new, more powerful model of robot, to claim victory in the upcoming international competitions.

Students express their thanks to the University leadership and his tutor, Alexander Minkin (docent of computer science and discrete mathematics department, coach of the Robotics Center in Yelabuga Institute of KFU). Because of their supporting, students have an opportunity to translate their childhood dream into reality, the opportunity to develop as professionals in relevant today the direction as robotics.

The use of such relatively new areas as Robotics in the educational process is important for Kazan University within the limits of the project SAE “Teacher of the 21st century” and has a serious future in the changing education system of the our country. The development of this area became possible due to the specialists’ work of Physics and Mathematics Faculty of Yelabuga Institute. Classes with students of secondary schools and students are held on the base of “Center for Educational Robotics” which was opened in 2015 in Yelabuga Institute. There are all technical conditions for teaching megaconstruction here.

For reference: International Robotic Olympiad World Robot Olympiad was first held in 2004 in Singapore, now more than 1,500 talented children from 54 countries participate there.

Source of information: Ekaterina Saibel, the press service of Elabuga Institute of KFU