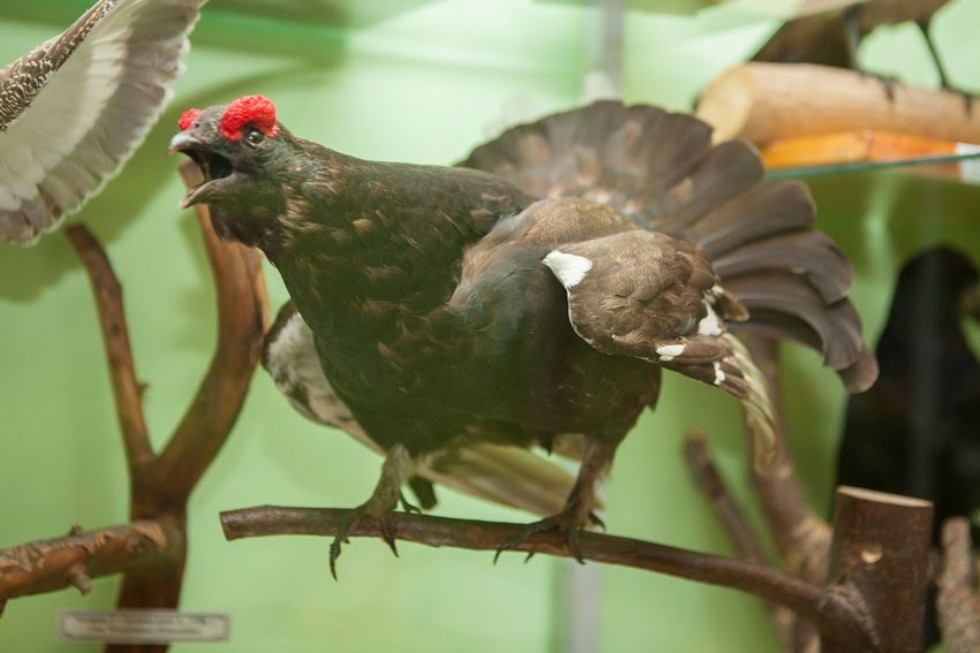 Presentation of the zoological museum has taken place on the 7th of December.

Its basic purpose, according to one of organizers, Ph.D. of Biology Vyacheslav Leontyev, the head of the department of biology and chemistry, is forming careful attitude towards environment, and ecological education.

The attention of visitors of a zoological exposition is drawn by stuffed birds and mammals (animals), which are representatives of forest and steppe ecosystems of the Republic of Tatarstan and the Russian Federation. Collections of the main groups of arthropoda (insects, arachnida, shellfishes) and echinodermata (dragonflies, phasmoptera, mantid) and many other groups are also presented there. Fossil discoveries of the animals that inhabited the territory of the republic are of special interest: ammonites and belemnita (cephalopoda mollusks) – sea inhabitants Cretaceous (145 million years ago) and Jurassic (202 million years ago) periods of the Mesozoic Era, brachiopods – sea inhabitants of the Permian Period (299 million years ago) of the Palaeozoic Era.

The coastline of the ancient Perm sea passed through the territory of the Republic of Tatarstan . Later paleontological findings of "mammoth fauna" are also presented to expositions: fragments of bones of a mammoth's skeleton (teeth), bison (skull fragments), woolly rhinoceros (extremities). These animals lived in the Quaternary Period, Pliocene and Pleistocene (2,6-0,126 million years ago) of the Cenozoic Era.

Exhibits for the zoological exposition, according to organizers, will be replenished during summer students' practical work on zoology, expeditions, walking tour.

It is important to note that this exposition represents not only the collection of exhibits of animals intended for standard excursions, it is also an educational foundation for students of department of biology and chemistry of Elabuga institute of KFU.

Students, members of "Ecological volunteer society of students" (EcoVSS) will conduct excursions with elements of interactive classes with the help of the zoological exposition here. It will help to gain experience of teachers and guides, and promote educational activity among pupils.

Doors of the museum are open for all comers!

Фотография из материала: The museum complex of Elabuga institute of KFU was replenished with a zoological exposition