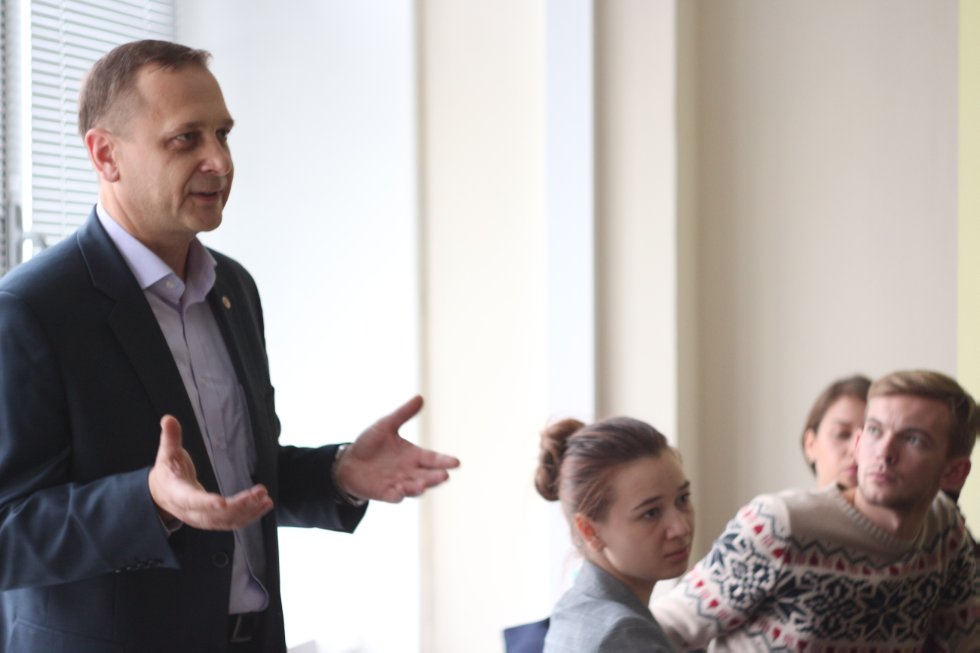 In ISPS the first meeting of the Student Discussion Club "Youth against corruption" was held.

The Club was attended by representatives of ISPS management, teachers and students of the department of the Institute of Social and Political Sciences.

Meeting was opened by the representative of the Office of the President of the Republic of Tatarstan on issues of anti-corruption activities Yuri Kornilov. In his welcoming remarks, he stressed that combating and prevention of corruption have become the most important task of the modern state and society. Corruption - a serious problem and to deal with it is necessary to take comprehensive measures: this includes the increase of the level of transparency of the authorities and the work of the executive bodies, and, of course, education of young people. Therefore, the initiative of ISPS of KFU to organize student club of anti-corruption focus, of course, is relevant.

The following Alexander Y. Mikhailov, a graduate student GBU "TSPEI Academy of Science@, took the floor, to present to the club's presentation on "Institutionalization of Corruption in Russia: historical and sociological analysis." The report covered the history of corruption relations since Kievskaya Rus’ and ending with the Soviet Union. The results of sociological research on modern public attitude towards corruption and the extent of its impact on private and public life were introduced by the professor of the department of general and ethnic sociology Aisylu Mirzarifovna Nagimova.

After discussing the presentations, all present were invited to participate in a role-playing game and decide cases on the subject of corruption relations.

Participants of the meeting appreciated the experience of the first meeting of the club. Victor Shmatov, master-analyst: "Personally, I liked the format of the event, it is good when the audience works and thinks. And also the fact that during the debate the speakers defend their point of view. "

A special thanks for participating in the event was expressed to Yu.V.Kornilov and he was invited to the next meeting, since it was decided that the club meetings would be regular.