Travel of the best group along the 'Golden Ring' 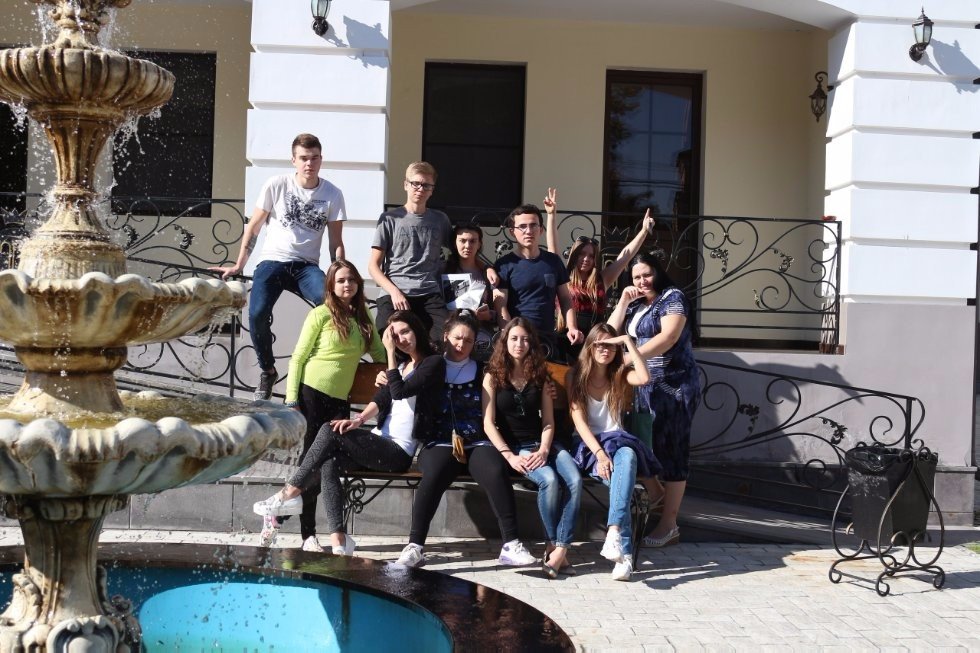 In a recent Sunday night "Best Group of KFU among freshmen - 2015", namely a group of journalists 13.3 - 404, now a second-year "New computer technologies in the media" with their supervisor associate professor of theory and practice of electronic media Tatiana Anatolievna Spirchagova, went in their great-deserved, according to the results of the contest, trip through Russia. Four days on the road, seven cities and unforgettable experiences.

On the lap newspapers and magazines, your favorite playlists began to play, giggles and whispers all night. Wrapped in warm blankets, the group went tubing from Kazan, and pitch dark outside.

The clock displays 6 am, outdoors is fresh. Vladimir meets drizzle. After a light breakfast, the group goes on tour. The sun came out. And then, like a dream.

Golden Gate, the Cathedral of the Assumption, Cathedral of St. Demetrius and some other cultural monuments. This is a monument to St. Vladimir. Click and frame, click and frame, the camera will not turn off even for a minute. The guide tells something of the baptism of Rus’, on the planning of the city. A moment later, and we are back in the bus. And outside autumn forest, and now Vladimir behind, and we are coming to Suzdal.

"Suzdal - a museum under the open sky" - so says our guide. The small town of 15 square km, fits on its territory more than 200 monuments, including the Kremlin and the five major monasteries. Wherever you look around the church, and even the river Kamenka, winding through the city several times. Beautifully. And all these thoughts: "That would be a summer residence here."

Later in the afternoon, passing the city of brides Russia - Ivanovo, we finally drive to Kostroma. The city on the Volga River, the hotel "Volga" from the windows of his lights at night Church of the Resurrection in the Grove. View is unforgettable The air is fresh. In the morning, were able to go to the men's and women's Epiphany Ipatiev Monastery. Last secured the title - "The Cradle of the Romanovs". Behind that wall Ipatiev monastery hid the future founder of the dynasty Mikhail Romanov from enemies during the Troubles. And now here, where once I walked the future king, and we are standing, scarves covering their heads. Returning here are scurrying monks, and it seems that time has stopped here.

Cityscapes change one another. And now Yaroslavl - the birthplace of the Russian theater, as well as the very prototype of the merchant city of dramas Ostrovsky. "Now let's go to the Pointer" - calls guide. What kind of pointer is something that? This bank of the Volga and Kotorosl, from which originated the city, here on the waterfront fountains, parks, monuments - so remember of Yaroslavl.

And then Rostov the Great and Kremlin. It seems all are already tired. Churches and churches. But quickened to hear that this is where the shooting took place in beloved comedy directed by Leonid Gaidai "Ivan Vasilievich". Here are the bells, followed by hiding the hapless king, fleeing from Strelets troops.

We ended our trip in Pereslavl. The city on the shores of Lake Pleshcheev - the largest lake in Central Russia and the most picturesque by the opinion of the group. Such a breath of nature after all these numerous monuments religion. And then the magic blue stone, which performs any of the urban legends desire. We tie ribbons on memory, bought the last souvenirs and headed home - to our native Kazan.

The memory of our trip stayed in hundreds of photographs. And many more hundreds of reflections will be the basis for not one journalistic text.

Source of information: Diana Galieva, student of mass communications. Photo by the author.