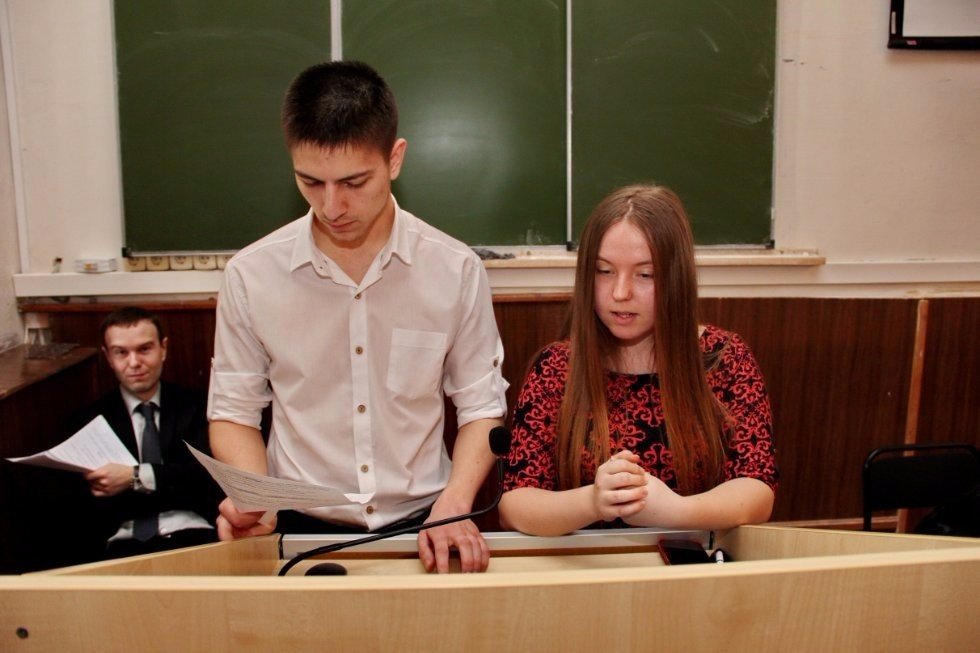 His impressions of the "Panorama" marathon is divided into the Department of organizer. Members of the department of theory and practice of electronic media took part in organizing and conducting events of the Week. Together with the students to realize our plans, executing the program, previously promised in the announcements. The pace of the week was extremely active in small temporary space accommodates a lot of emotions, new information, cognitive experience.

According to the head of the department, Professor Elena Doroshchuk: Week ended in the main program of international journalism in the University of Kazan "Panorama". It was a week of meetings, the close and trusting communication in reality face to face with top officials of the Russian media system. It is useful and alluring such communication when the chief editor of a leading media comes to you, it says, with a raised visor - revelation upon revelation - what could be better and more effective in teaching the profession of journalism. Struck the first course: the guys have shown the wonders of endurance and ingenuity, almost - it was the backbone of the press center of the festival week, the lighting of which the KFU website - another tradition of the festival, more than that, they were regular participants in all events of the week. It seems that a good charge of emotions and new knowledge they have received.

A good flash mob and sophomores was devoted to the 55th anniversary of the first manned flight into space. The boys joined the city, space and modernity, turned out great!

Ahead of results of the contest "Blue Feather", which is still ongoing. Traditionally in May Week participants will come together at one of the open mediaspaces of the city to say the works of "yes" and to feel the taste of victory.

We continue to talk about the last assistant professor of Aigul Gilmanova: This year, second-year students are divided into groups, set up their own online newspaper and filled their publications. The projects will be presented in the nomination contest "Blue Feather" "Best Internet Project." http://igrokvfootball.wix.com/rubilnik

«Kazan news» Also in the category "Online Interview" and "writer News" will showcase the work of students, including published in the student newspaper. Materials in various genres students directions "International Journalism" and "tubing in the media" prepared as creative tasks in subjects such as "Fundamentals of journalism", "Technology Internet interview", "professional-creative studios", "The application of discipline." In particular, the students had been prepared and published series of interviews "KFU in the people" about interesting personalities and scientists working in the KFU. http://gaseta.zz.mu/kfu-v-licah/uchenye-kfu-peresmotryat-prinyatye-v-rossii-normy-zdorovya-cheloveka.html

April 14 2nd year students teams 13.3-403; 13.3-404 spent flashmob "Kazan KosmoDom", dedicated to the "World Aviation and Cosmonautics Day." The students, divided into shooting team conducted blitz surveys and reports from the objects of Kazan related to comic themes. Among the objects selected by the students were: Komarova street named in honor of Soviet cosmonaut, twice Hero of the Soviet Union Vladimir Komarov, Yuri Gagarin Street, street of Academician Glushko, Cosmonauts Street, and many other sites of the city. Flashmob published in the student newspaper «Kazan news». http://gaseta.zz.mu/studencheskaya-zhizn/2454.html

About what he saw the head of the press center of the student freshmen, curator and Associate Professor of Murshidа Fatihova is not the first year in the university organizes a week of international journalism. The main advantage of this event, firstly, the scale. Masters were not only eminent journalists of the Republic of Tatarstan and Russia. During the master class, students not only received answers to their questions, but also feel themselves as equal participants in the discussion.

Second, every year, during the "Week", are taken into account calendar dates. For example, this year to the 55th anniversary of the first manned flight into space, students have organized a flash mob Kazan "KosmoDom". Meeting with Chairman of RT filmmakers was held in the framework of the Year of the movie. Particularly striking event for freshmen group international journalism became the action "Plaque", dedicated to the 80th anniversary of the first Dean of the Faculty of Journalism of the University of Kazan Agzamova Florida. Thanks to the students was to collect the necessary number of signatures on the establishment of a memorial plaque. On May 19, the day the grand opening, we will be proud of what made my little contribution to such a big deal. I think it is such actions help students learn the history of the university, to learn the basics of the profession of journalism, brings a sense of humanity and the ability to achieve goals.

PS. One week with a lot of events, filled with lively creative impressions. Behind these lines are still many untold, many must digest and rethink. The pace will allow not only to survive decently fast the May decade, but always approaching session.

Source of information: Department of theory and practice of electronic media