Students of political science met with deputies of the State Council 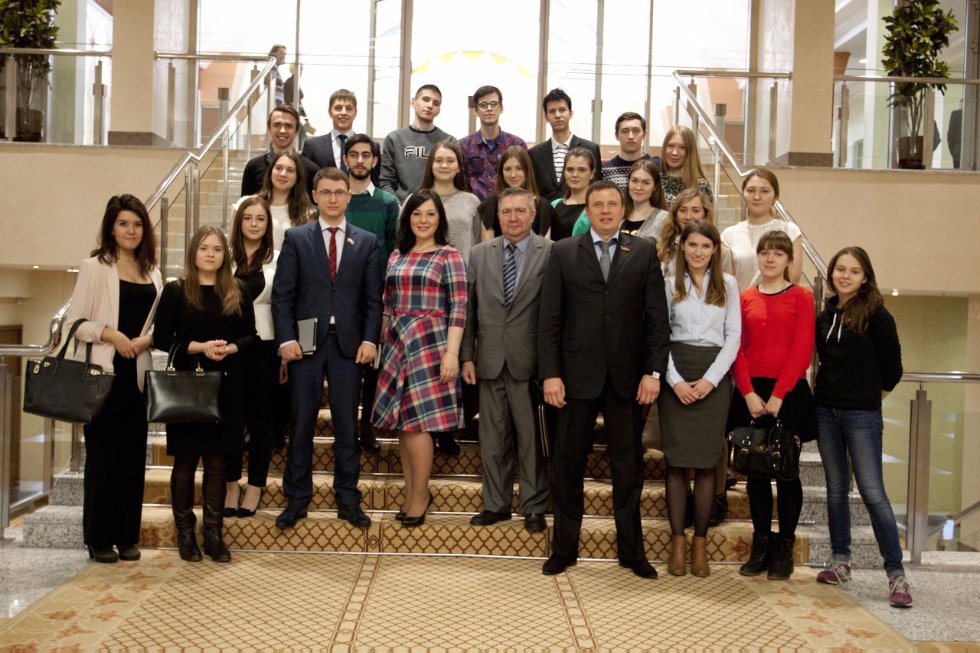 On April 22nd third-year students of political science at the Institute of Social Philosophy and Mass Communications of Kazan Federal University visited by the State Council of Tatarstan, where they met with members of the Communist Party faction, the Liberal Democratic Party and United Russia.

Students were able to observe firsthand how the workflow is in the State Council, visit the courtrooms of the Parliamentary Centre and the Museum of the State Council, and learn more about the functions of parliament. At the end of the tour the students were invited to a small meeting room for a meeting with representatives of the parties.

In a conversation with a third-attended by deputies Artem Prokofiev (CPRF), Anastasia Isaeva (United Russia) and Ruslan Yusupov (LDPR). His opening speech Artem Prokofiev, which, incidentally, is a graduate of political science, began with the lighting of significant event - the birth of V. Lenin. Deputies talked about how to implement legislative activity in the State Council, highlighted ongoing projects (in particular, unrealized project on the use of copies of the Victory Banner in the Republic of Tatarstan and various social projects). Ruslan Yusupov, a representative of the Liberal Democratic Party, shared with the students of the plans for the forthcoming election of the President, which will be held this fall.

At the end of the meeting, representatives fractions gave students an opportunity to ask questions. In general, students were interested in the prospects of further employment and entry into the personnel reserve. Anastasia Isayeva were addressed questions about the female deputy association "Mәrhәmәt" in more detail to answer that she had promised at a personal meeting with representatives of the Department of Political Science at the appointed day. As noted by the students: "The conversation with the deputies passed easily. Not without its humorous jokes from "opposition."

For organizing a meeting with representatives of the parliamentary parties of the State Council of Tatarstan students thank Associate Professor of Political Science Farid Giniyatov.