'The Bremen Town Musicians': a scientific interpretation of an animated film 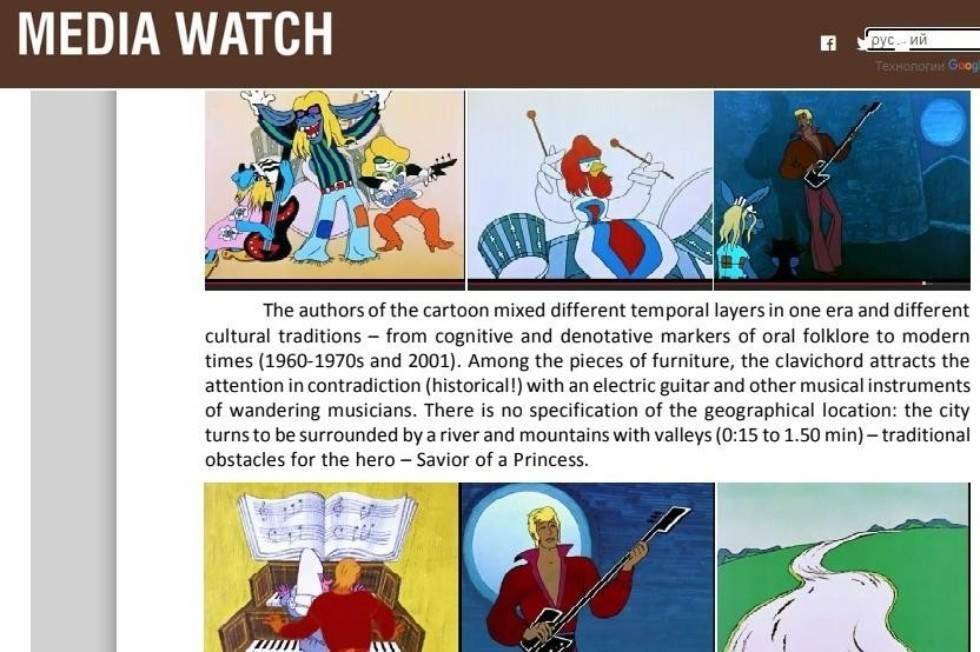 The research of the laboratory staff of the Elabuga Institute KFU is published in the MediaWatch Journal (India), which is included in Q1 category.

Scholars of the Elabuga Institute KFU shared the results of scientific research, the main provisions of which are reflected in the article "Use of associative dictionary data in the linguo-ethno-cultural interpretation of an animated film".

The information was published in the authoritative journal MediaWatch (India), which in 2020 was included in Q1 in the direction "Language and Linguistics". This publication was included in the Top 1% of CiteScore magazine metrics. The article is the result of many years of research by scientists of the International Laboratory with Distributed Participation "Innovative Technologies in Multicultural Education" of the Elabuga Institute KFU.

The team of authors included Ekaterina Kudryavtseva, Candidate of Pedagogical Sciences, PhD, BILIUM Project Manager of the Institute of Foreign Languages ​​and Media Technologies at Greifswald University, as well as Candidates of Philology, Associate Professors of the Department of Russian Language and Contrastive Linguistics Yulia Danilova and Larisa Bubekova. The publication presents an analysis of the associative semantic series of the Russian and German linguocultures, both who grew up and live now in Russia and Germany, and representatives of the Russian speaking diaspora who emigrated to Germany at the end of the 20th century.

Researchers have identified the stability of the "pseudo-national view of the world" of a native Russian speaker in relation to Germany. Moreover, since it is based on associations inherent in childhood and adolescence and on the emotional- visual level, it turns out to be stable and prevails even over the personal experience of those who moved to Germany for permanent residence.