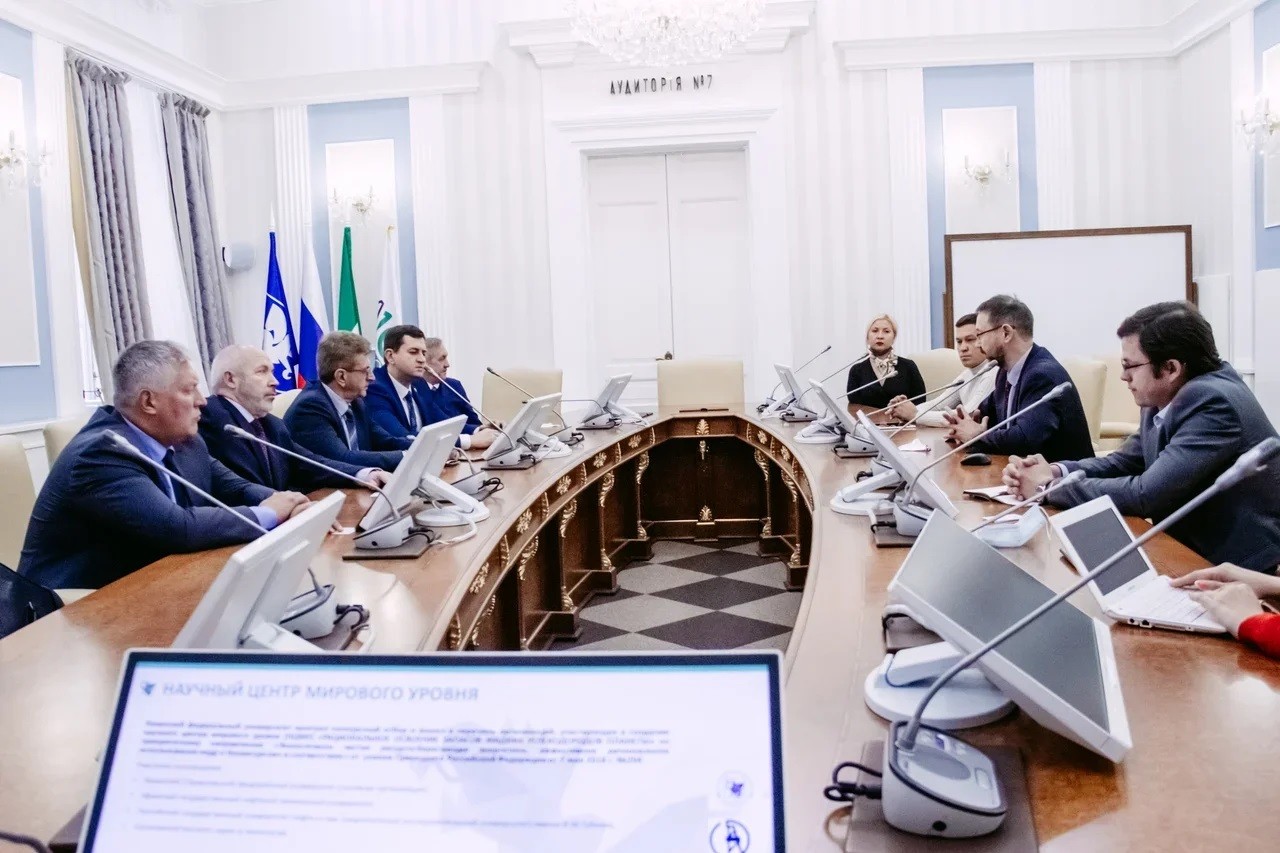 Among them were representatives of GlobalInterProm, Zarubezhneft, Rosneftegazstroy, and Association of Economic Cooperation with African Countries (AECAC).

KFU faces at the meeting were Vice-Rector for Research Danis Nurgaliev, Head of EcoOil Research Unit Mikhail Varfolomeev, and Deputy Director of the Institute of Geology and Petroleum Technologies Vladislav Sudakov.

Board Member of AECAC Viktor Boyarkin noted that the first Russia – Africa Forum in 2019 laid out a roadmap for further cooperation with the countries of the continent. Tatarstan is one of the Russian provinces set to play a prominent role in this process. Boyarkin shared his view in promoting oil and gas cooperation with African countries and how Russian and Tatar culture can be promoted there.

The guests showed interest in hydrocarbon industry programs offered by KFU. Counsellor to the CEO of Zarubezhneft Dmitry Smirnov hoped that the company and the University may expand their collaboration in educational programs.

A robust progress shown by KFU in this research area led to our institution being selected as the head organization of a world-level research center in liquid hydrocarbons, poised to receive sizable financial injections from the Russian Government.

The sides also touched on the joint KFU – Imperial College London postgraduate course in petroleum engineering. “ICL’s programs in hydrocarbons are among the most prestigious in the world. We joined our efforts with the British colleagues to prepare unique experts,” said Dr. Nurgaliev.

Another topic that piqued interest was Thermal EOR, a large-scale international conference on thermal methods of enhanced oil extraction. It quickly gained traction after being first convened at KFU – the 2018 iteration took place in Chengdu, China.

The visitors assured that they would welcome any proposals to expand education and research with KFU in partner countries.