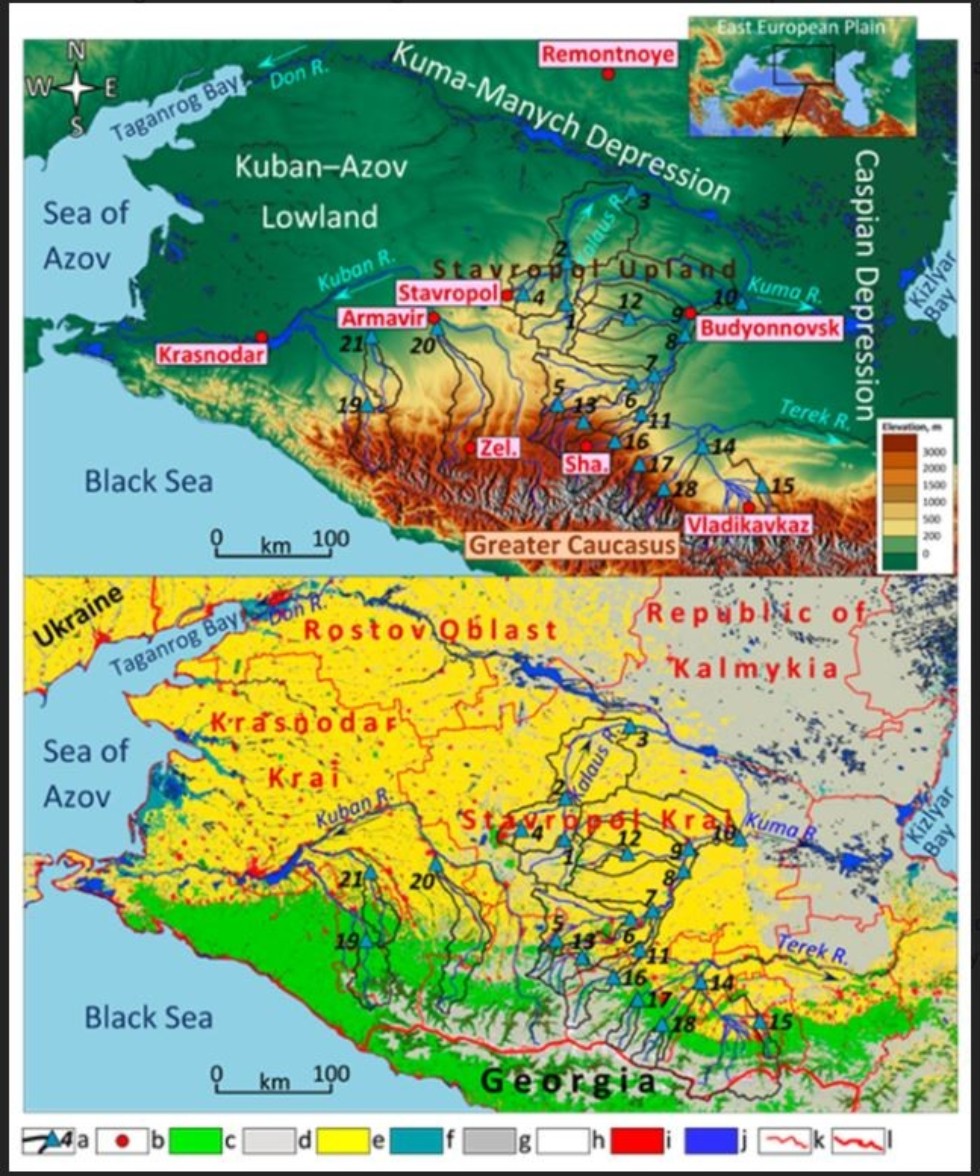 The research is very important for environmental protection and agriculture.

Water-induced erosion is one of the primary reasons of soil degradation and thus crucial for food production and national security. During Soviet times, erosion was widely studied, and relevant maps were regularly updated. However, this specific discipline deteriorated significantly in post-Soviet years due to lack of funding. Practical interest naturally led to a resurgence of such studies, and Kazan Federal University is engaged in them in cooperation with various partners. In this paper, the scientists analyzed a set of data of eroded soil sediment obtained from the rivers of North Caucasus.

“For the majority of studied river basins, there is a steady trend of reduced river sediments, which means that there is less soil erosion and ravine erosion. This trend is the most prominent in Stavropol region, which has historically been the most eroded in the North Caucasus because of intense agricultural use,” says co-author, Associate Artyom Gusarov. “For instance, the Kalaus, previously known as one of the three most turbid rivers in Russia, has steadily improved since the 2000s, although the situation is still quite tense.”

The main reason for the aforementioned trends is evident – climate change. Erosion flow has gradually declined because of warmer winters; they lead to lesser frosting, and thus the soil consumes more thawed material in the cold season. Anthropogenic influence, namely agriculture and animal husbandry, has also been weaker.

“All in all, erosion processes are now less of a threat to our food security, keeping in mind that the North Caucasus is one of the bread baskets of the country,” continues Gusarov. “Hopefully, positive environmental change will soon follow not only in the North Caucasus but also in the neighboring territories. It's especially pertinent, for instance, for the Azov Sea, one of the richest seas on the planet in terms of plant and animal diversity.”

Equally important is preservation of water and bog ecosystems of the Kuma-Manych Depression and the Kizlyar Bay (Caspian Sea), which collect waters from the Stavropol Elevation, notably rivers Kalaus and Kuma.