Biologists clarify how three species of cephalopods coexist in the Arctic 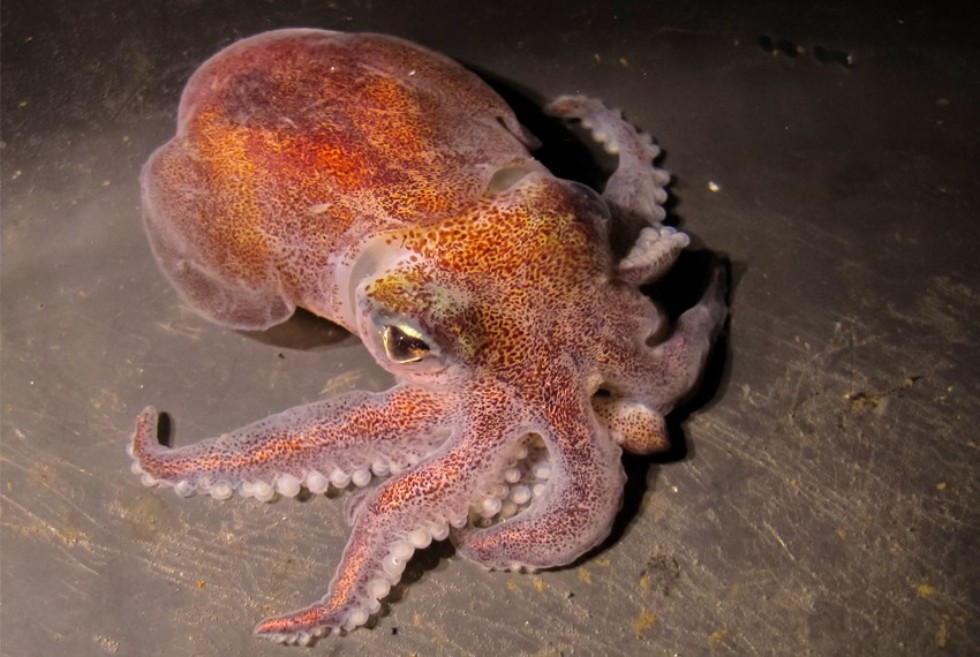 A paper appeared in Scientific Reports.

Co-author from Kazan Federal University, Professor Rushan Sabirov explains, “In ecosystems, two or more closely related species of organisms with similar ecology and morphological appearance often inhabit the same territory. These species are called sympatric. According to classical ecological theory, one of the species will lose out in competition and eventually die out. In reality, closely related sympatric species coexist successfully for a long time. It is very important to understand how the division of resources and favorable biotope sites between sympatric species in the Arctic occurs, because Arctic ecosystems are extremely susceptible to external influences.”

By analyzing the content of stable heavy isotopes of carbon (δ13C) and nitrogen (δ15N) in the beaks, the researchers studied three closely related cephalopod species: the highly boreal Rossia megaptera, the wide-boreal-Arctic Rossia palpebrosa, and the Arctic endemic Rossia moelleri, which are sympatric in the Arctic.

“It has been found that these species of Arctic cephalopods have seven characteristics that allow them to avoid competition: a certain pelagic lifestyle; ability to migrate; pronounced dimensional sexual dimorphism; geographical variability in diet; range of the diet; ontogenetic variability of isotopic niches; sexual variability of isotopic niches. Moreover, none of these seven traits occurs in all three species at the same time. Thus, a decrease in competition between closely related sympatric species is observed due to ecological adaptations, which are diagnosed only when studying a large sample with equal proportions of sexes and all ontogenetic stages using non-classical methods, such as ecological applications of isotope analysis,” explains Associate Professor Aleksey Golikov.

As the researchers conclude, none of the species should suffer from the warming in the Arctic, and Rossia megaptera may even become more competitive because of that.

Studies of Arctic ecosystems are in line with Russia’s Strategy for the Development of the Arctic Zone of Russian and National Security until 2035.