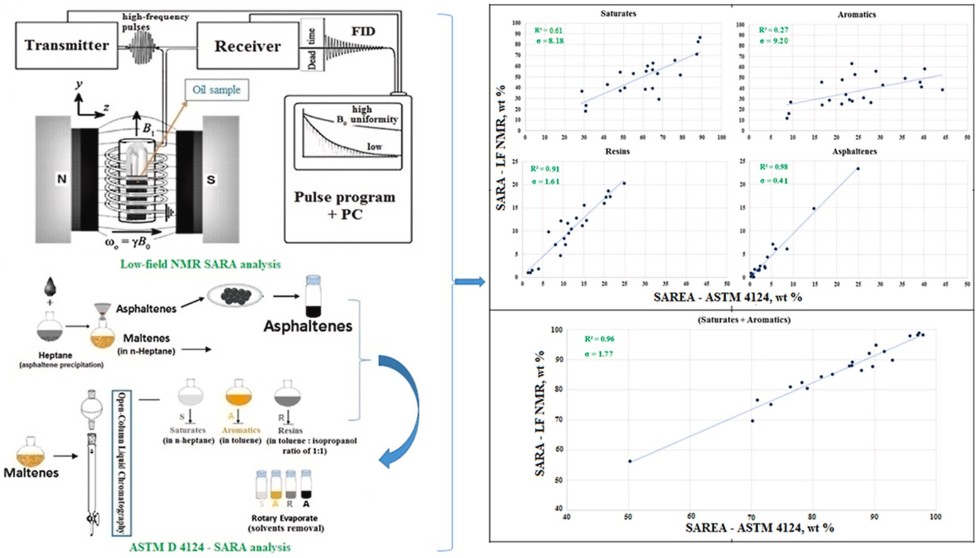 A paper by Kazan Federal University appeared in Journal of Petroleum Science and Engineering.

“Currently, Russia and the world have several standard methodologies to determine light and heavy components of petroleum, such as saturated hydrocarbons, tars and asphaltenes,” says co-author, Associate Professor Mikhail Varfolomeev.

The proposed express test doesn’t involve any supplements and can eliminate the majority of human errors, according to the authors. “That is to say, we measure our specimens without any external influence. It’s a monumental time saver because of the elimination of errors and labor needed for manual analysis,” explains Varfolomeev.

«Asphaltenes are found in oil as solid parts, and this plays into our approach. With relaxometry, we don’t observe spectra, but rather detect relaxation time and relaxation lines. Then we analyze them with regards to decrease speed. The speed depends on molecule mobility, as is well-known, petroleum is one of the most complicated compounds when it comes to the variety of molecules found in it. They all have differing relaxations speeds,» describes Associate Professor Boris Sakharov.

The team plans to expand its research to test core samples.