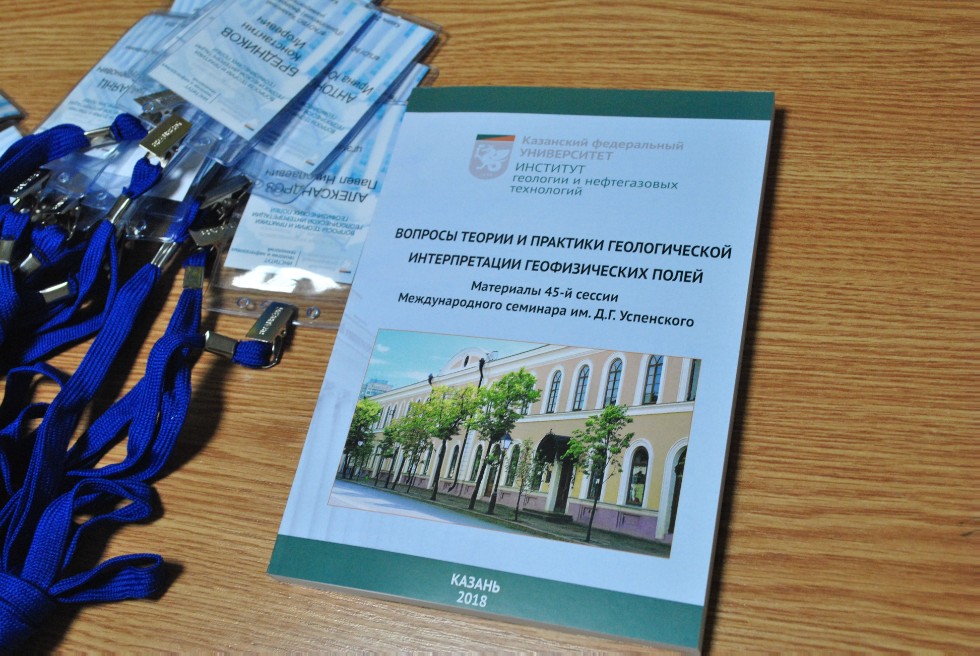 The opening ceremony of the International Uspensky Scientific Seminar held at  the Institute of Geology and Petroleum Technologies. 60 participants from all over Russia and neighboring countries gathered at the Kazan Federal University to discuss the reports in the theory and practice of geological interpretation of gravity, magnetic and electric fields.

The international scientific seminar is held annually since 1971 and bears the name of its creator - the outstanding geophysicist Dmitry G. Uspensky. The founder of Soviet gravity exploration, developer of gravimetric equipment who has discovered 4 oilfields, even during his exile and imprisonment, continued his scientific activity on the topic of interpretation of gravitational and magnetic anomalies.

Last year, the International Scientific Seminar held at the Institute of Physics of the Earth RAS (Moscow), this year the Kazan Federal University became the organizer of the Seminar. With a welcoming speech to the participants of the meeting appeared the Chairman of the Organizing Committee of the Scientific Seminar, Vice-Rector of the KFU, Director of the Institute of Geology and and Petroleum Technologies Danis Nurgaliev:

"One of the goals of this Seminar is to let the whole world know that Russian scientists have made a great contribution to the development of this field. Often, our foreign colleagues say that Russian mathematicians, geophysicists are the best in the field of modeling. However, we need to increase the number of scientific publications, and citing in international publications. And such meetings are aimed at sharing experience, searching for new ideas and constructive dialogue with colleagues". Professor Nurgaliev told to the conference participants about the modern KFU, the capabilities of the Institute. Pavel Alexandrov is the Chief Researcher of the Center for Geoelectromagnetic Studies, Institute of Physics of the Earth RAS, expressed his admiration for the laboratory building of the Institute and KFU as a whole.

"Geophysics, first of all, uses physical fields to study the geological environment. And this seminar allows to find out: at what level of development is our science and to determine the development tendencies. Here you will hear purely practical reports, for example, in the field of aerospace exploration, I will also present electrical prospecting, or rather the GPR method. In science there is a rule of three: theory, experiment and practice. When I started georadar shooting, I realized that there is no theory in this area, and when this happens, practice begins to misinterpret the results" - Pavel Alexandrov said.

The 45th International Uspensky Scientific Seminar will be held at the Kazan Federal University until January 26.