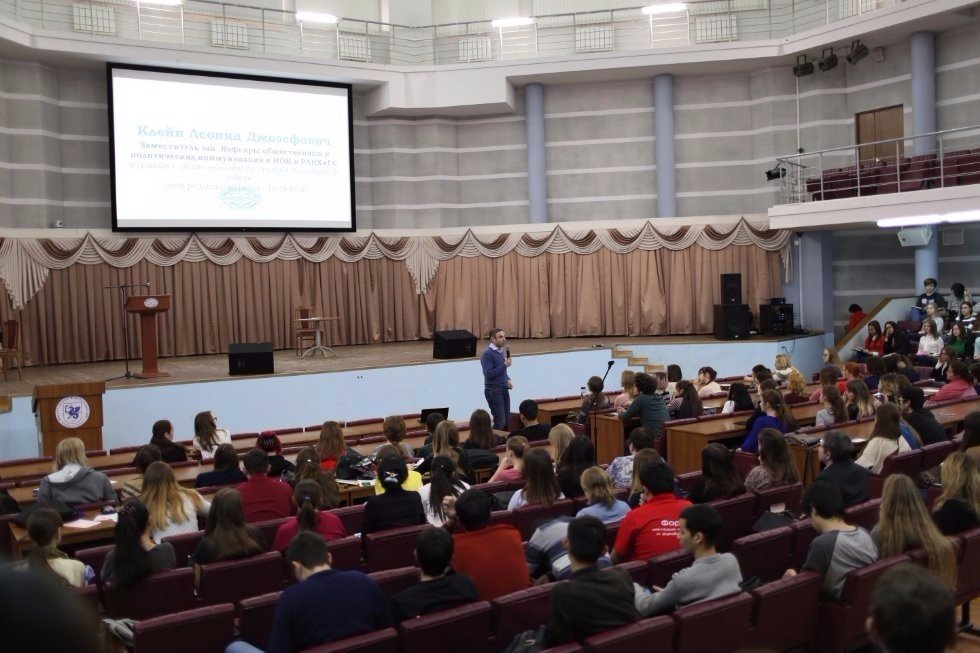 In the Institute of Philology and Intercultural communication of KFU the Second International youth scientific and educational festival n.a. L. Tolstoy opened.

The first festival, which took place in December, 2014 brought together more than five hundred participants – scientists, museum workers, teachers, students, graduate students, school students, librarians and other admirers of the talent of the writer. The geography of participants covered not only Kazan, Yasnaya Polyana and other Russian centers studying the life and creative heritage of L. Tolstoy, but also universities of Rome and Warsaw.

The official opening of the festival took place today, on December 17, but even the previous day was very rich in the events. A competition of creative projects of pupils of the Kazan schools took place within the festival. Works of participants were devoted not only to Lev Tolstoy, but also writers, related to him – S. T. Aksakov, B. L. Pasternak. This time the competition took place on the basis of the Museum  Educational center n.a. L. Tolstoy, school No. 39.

The young researchers offered not only their views on literary works, but also illustrations to them, music and even verses. The Moscow publishing house "Prosveshcheniye" donated 30 copies of the encyclopedia "Leo Tolstoy and His Environment" to the winners.

In the run-up to the festival the meeting with Claire Delon, the representative of Sorbonne and Tolstoi Society of France took place. She had already visited Kazan before, got acquainted with places of Tolstoi, and was very glad to come to the Festival.

Claire Delon expressed a regret that in France, as well as around the world, people began to read less. She said that only Tolstoy and Dostoyevsky are widely known in France. The representatives of the modern Russian literature known in France are Sorokin, Pelevin and some others. It is pleasant that Tolstoi Society including not only experts, but also those who simply love Tolstoy, still exists.

It is important that the invited lecturers are not only famous scientists, but also magnificent lecturers capable to come into live contact with the audience.

The unusual form of the lecture of L. Klein "Anna Karenina" and the grammar of dislike" is conditioned by the fact that he is not only the scientist and the lecturer of  RANEPA, the editorial director of the ‘Part of speech’ magazine, but also the presenter of the radio station Silver Rain. The lecturer charmed the audience with his ability to approach heroes of classical works to the modern reader, to show the relevance and complexity of the moral, religious and philosophical problems.

The third day of the festival will be held in the form of a scientific conference of young researchers. Students and graduate students of KFU, the Saratov University, the Lesosibirsk Teacher Training Institute– a branch of the Siberian Federal University, and also the students foreigners undergoing a training in RGGU will take part in it.