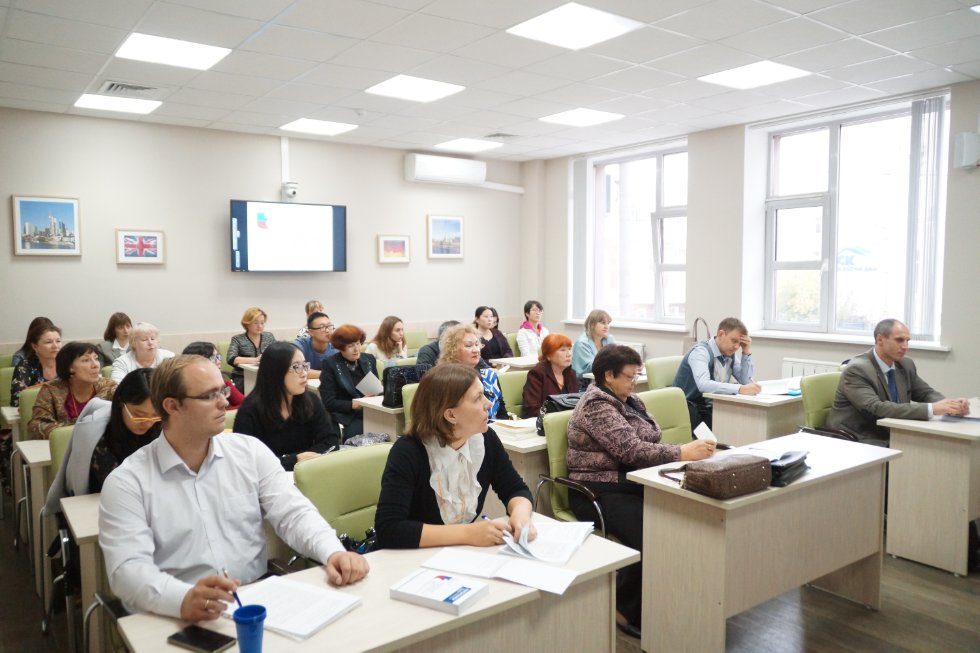 On the second day the conference held 8 sections. In the section “Russian language in the Turkic world” the issues of Russian-Turkish language interactions and translation, the language situation in the Turkish-speaking regions were discussed. The scholars, who declared their reports to the second direction called “Russian language in the multicultural environment”, basing on the example of Kazakhstan, Kirghizia, Tatarstan, Sakha Yakutia and the Orenburg region, discussed the importance of the Russian language in the multilingual environment. The third section of the conference was devoted to the analysis of functional and communicative status of the Russian language. Literature experts discussed various aspects of cooperation between Russian and Tatar literature, Russian-Eastern and Russian-Western literary dialogue, the problems of translation of a literary text and intercultural communications. The great interest in the section “Information technology in the teaching Russian language and literature” was aroused by the presentation of distance learning projects Lang-Land.com and Ana tele, as well as the experience in the use of video, text corpora, online resources in teaching Russian, Tatar, and foreign languages. Methodical and didactic issues were the focus of the speakers and the audience of the section “Theory and practice of linguistic education: History and Modernity” and “Traditions and innovations in teaching languages as second languages”.

It is very important that the teachers of Russian language and literature from Kazan schools came to listen to the reports of the scholars from Russia, Kazakhstan, Kyrgyzstan, Georgia, Belarus, Iran, Poland, Turkey and China at the conference “Russian language and literature in the Turkic world: modern concepts and technologies”, thus connecting theory and practice, scholars’ research and teachers’ experience.

After dinner the final plenary session was held, at which the heads and secretaries of sections, speakers and invited guests summed up the main results of the scientific debate and adopted a resolution of the conference. The participants unanimously stressed the importance of the conference issues, scientific thoroughness and depth of the presented reports, perfect organization and an interesting cultural program of the conference.