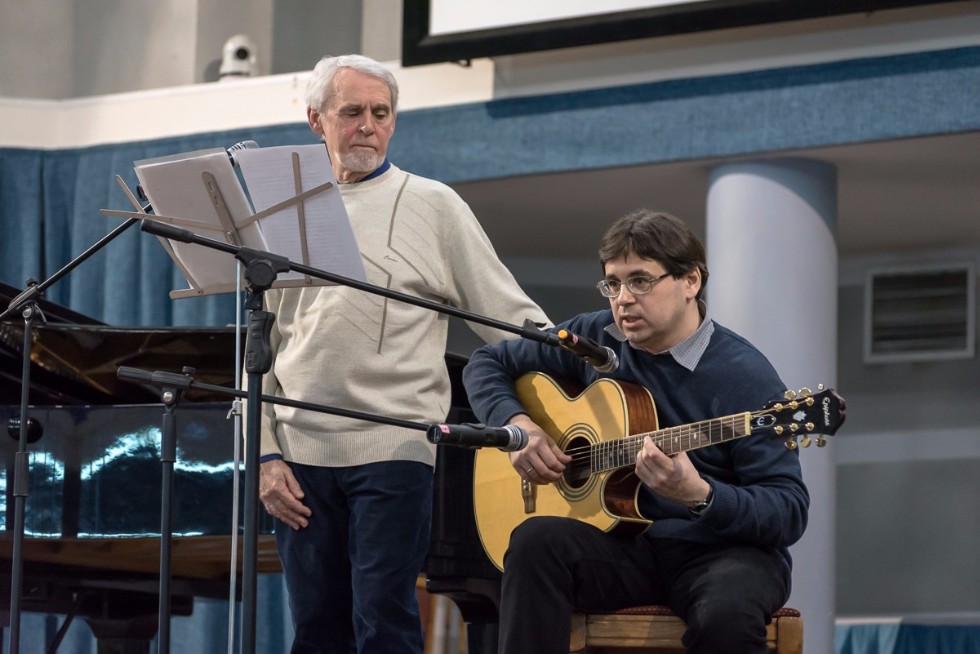 On March 24 the assembly hall of Leo Tolstoy Institute of Philology and Intercultural Communication was full of students, professors and guests who came there on quite an unusual reason. However, the bard concerts are always popular among Russian intellectuals; this concerts seemed unusual, because of switch of the roles. The professors were singing, the students were listening to their professors singing, and the audience included famous singers and performers.

The singing duet was a family – father and son, professors of Kazan Federal University Eduard and Artem Skvortsovs. The show was made in the best traditions of a specific Russian genre of  bard singing. Professors presented the songs of famous Russian composers and singers – Yuli Kim, Sergei Nikitin, Bulat Okodzhava, and etc. Romantic “stories” about pirates, “teachers” songs and movie sound tracks were recognizable by the majority of the listeners. At some moment the piano was added to the traditional guitar.

At the end of the concert the performers made the audience sing along with them. Two super-hits of Sergei Nikitin was an excellent conclusion of a working week, and the students continued singing them after the concert in the university corridors.