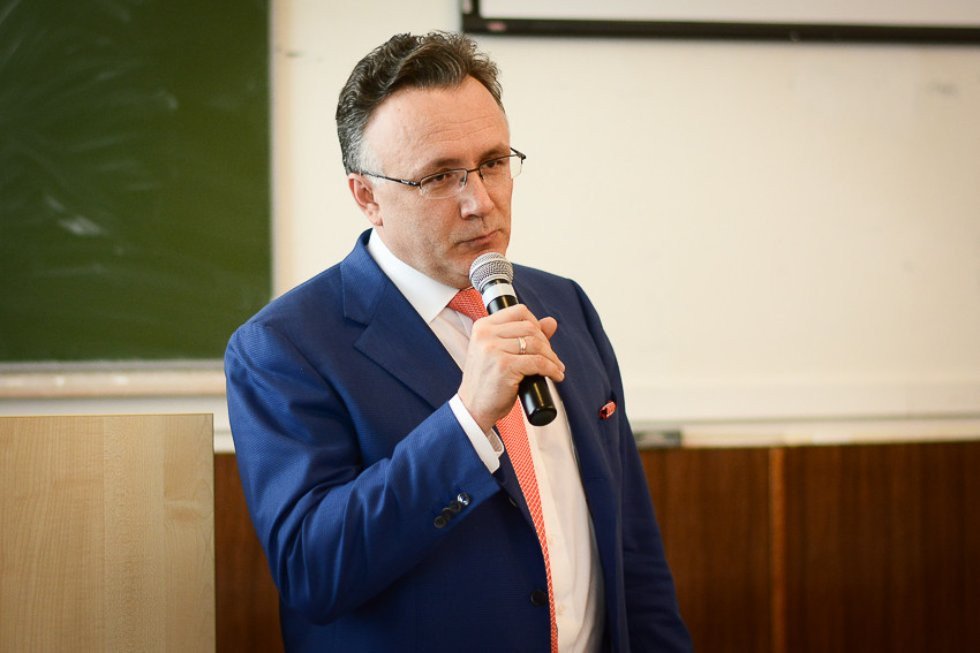 Way of learning the bench to work on the channel for student journalists of KFU decreased by one step on April 14th.

To help this move a "creative laboratory of Ilshat Aminov" was opened in KFU. The first lecture of the general director of "TV and Radio" "New Age" was devoted to the peculiarities of modern television. And immediately was voiced a naive question from students: "Is there a future for television?" This dispute has long existed between theater and cinema, prose and poetry, and finally the scope of the total impact on the minds of the dispute has TV and internet.

Indeed, for a long time, TV was the most expeditious way of conveying information. Live Now, turn from the scene, broadcast events and celebrations create background information and in some sense fashion. Now every child with mobile phone in hand can be a reporter, but when full of urgency,a person begins to want quality, emotion and beauty. That's why every day there are a variety of channels, trying to gain an audience. Large staff needs TV people just to create quality programs at a high technological level.

And here we come to the next phrase, told by Ilshat Aminov after visiting a television studio ofKazan University: "There are no technological problems. There are only creative ones. "

Solution of creative problems of young journalists at the university began, naturally, with the help of creative teaching and research laboratories. Lectures and master classes will be held on an optional basis for student journalists twice a week. Judging by the number of students at the opening meeting with the Aminov and his staff they are going to be popular. In contrast to standard training courses, this implies active involvement in the process of creating television programs. This is the most anticipated and exciting transition from theory to practice. For astudent it is important to be able to ask questions directly to those who make modern television who have learned from their mistakes to create positive content.

Source of information: Camille Gareyev, the spokesperson of the CFI