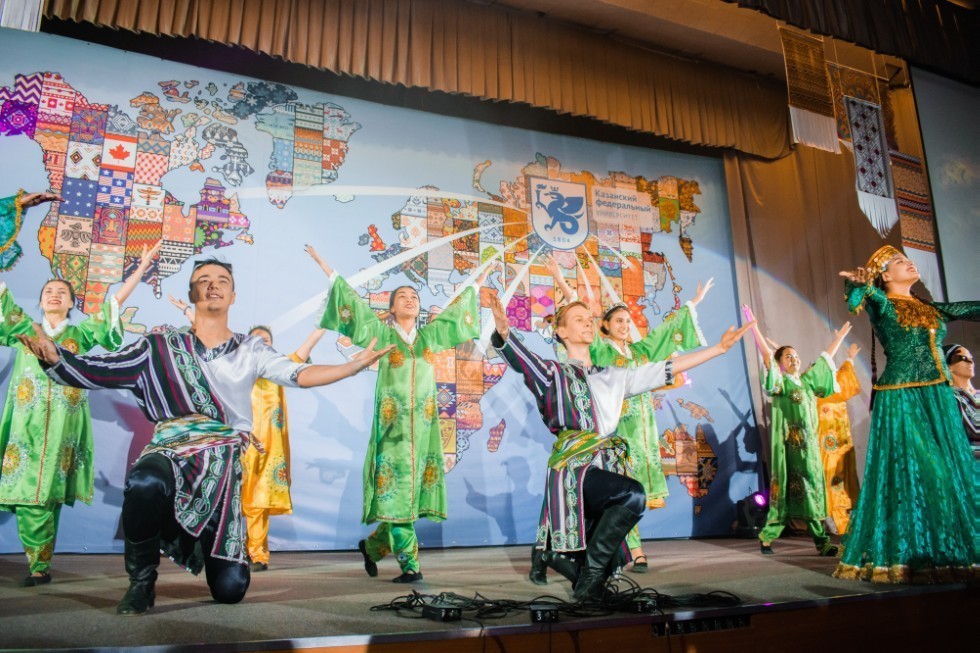 A traditional gala by international students was held on 15th November.

As usual, the festival was stationed at the UNICS Culture and Sports Center. Every floor of the building was occupied by booths of various countries, where international students represented their homelands and spoke about their specific achievements in literature, arts, crafts, fashion, and cuisine. Of course, the dishes were available for tasting, which has proven to be a popular feature among our attendants.

After that, there was the time for students. A wide variety of dance and singing performances from Russia, Indonesia, Spain, Ecuador, and many other countries and continents was met with universal acclaim and enthusiasm.

The gala ended with a performance of popular Russian song Katyusha by all the contributors.

Source text and photos: Section of Accommodation and Extracurricular Activities