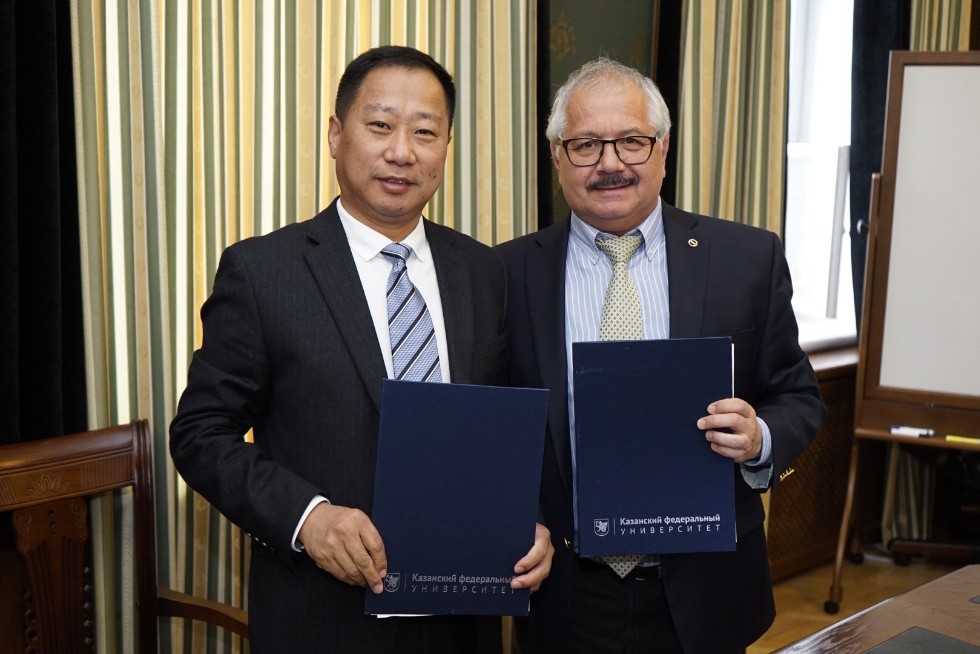 Kazan University was represented by vice-rectors Linar Latypov and Dmitry Tayursky and some other executives. The Chinese side comprised 18 persons, including Beijing Tianfu CEO Zhang Qingsheng and his deputy Mikhail Sidorov.

Dr. Latypov noted that KFU is the second biggest in Russia in terms of the number of Chinese students. This year, 584 Chinese nationals were admitted, which is a 16% increase over 2018. There are also 500 young people who study Chinese language and culture.

Zhang Qingsheng thanked KFU for five years of fruitful cooperation and reiterated that he aims to spread the values of Russian education in China and hopes to attract more Russian students to Sichuan for various programs.

In line with previously signed agreements, there are already functioning three-year preparatory courses for the schoolchildren who plan to enroll in KFU.

Vice-Rector Tayursky emphasized that special attention should be paid to physics, mathematics, and biology, and not only Russian and English languages, “We are ready to give full support to those Chinese schools who plan to provide fundamental science classes in Russian. We can enroll up to 10 thousand persons a year for short-term courses in those sciences.”

Later, a memorandum of cooperation was signed by KFU and Chengdu Weiming Beida School.