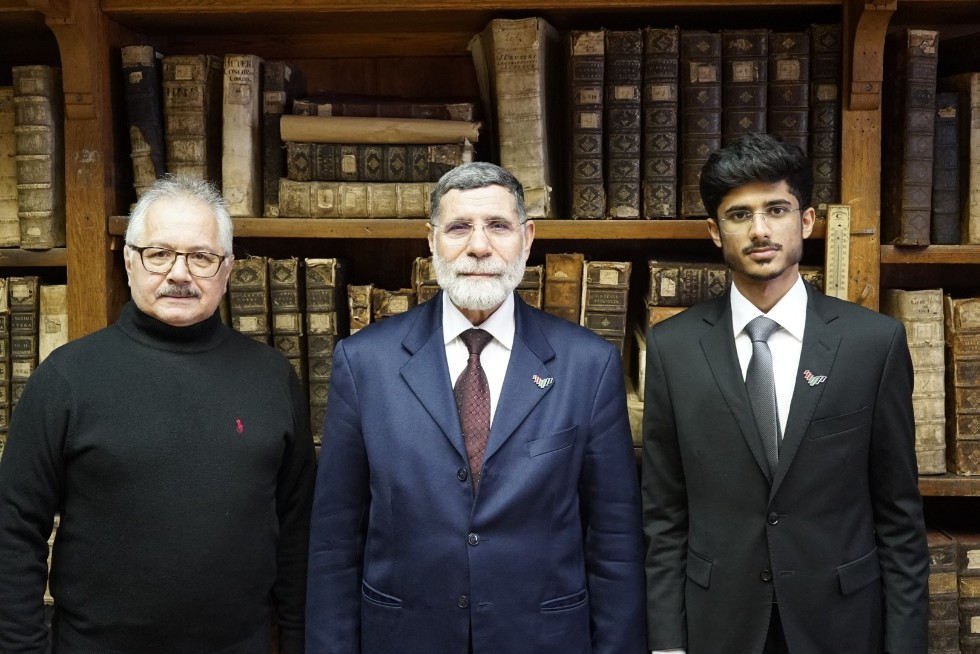 Vice-Rector Linar Latypov and other KFU employees accompanied the guests at the History Museum. Dr. Latypov mentioned that there are currently 228 persons learning the Arabic language here right now. KFU has one UAE national enrolled in the Preparatory School.

The visitors then went to the Section for Manuscripts and Rare Publications of the Lobachevsky Library. They were shown Arabic and Persian manuscripts and other rare publications from 11th - 19th centuries. Professor Hamad became interested in the first ever machine-typed Quran in the world, the one issued by the Publishing Division of Kazan Gymnasium School in 1803. Other editions of Quran, such as a kids’ version, were also on display, as well as other tomes.

“I now have a wish to study the works of Tatarstani scholars and prepare a paper on this topic. I’ve honestly not anticipated that your university is so great. I was even more surprised when I entered the library,” confessed Rector Hamad.