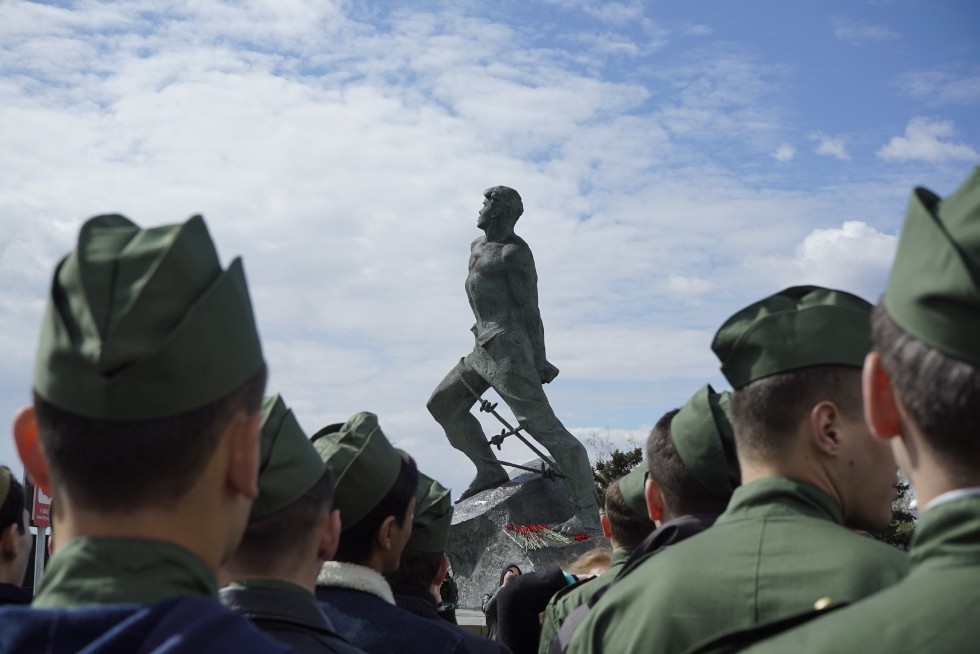 The traditional ceremony occupied the length of Kremlin Street on 30th April.

As usual, the walk started from the monument to World War II hero Musa Dzhalil beside the Kremlin and finished near the Main Building, where most of the celebration took place.

This tradition started four years ago, when Kazan University decided to hold its own Immortal Regiment procession. By 2019, this has become a well-known event in the city of Kazan, and many onlookers were present yesterday to witness the walk.

In particular, this time was the first one when female students also donned uniforms to join the Honor Battalion, a special unit of young people reenacting the real looks of World War II soldiers. In total, there were 210 of them this year.

Apart from the Honor Battalion, the walk was joined by the squadrons of other federal universities and of the KFU Student Security Team.

Vice-rectors Dmitry Tayursky, Dmitry Pashin and Rishat Guzeyrov extended their warm words on the occasion, as did World War II veteran Boris Kuznetsov and invited deputies of the provincial parliament.

After the main ceremony ended, University employees laid flowers to a memorial plaque of those students and educators who perished in World War II.