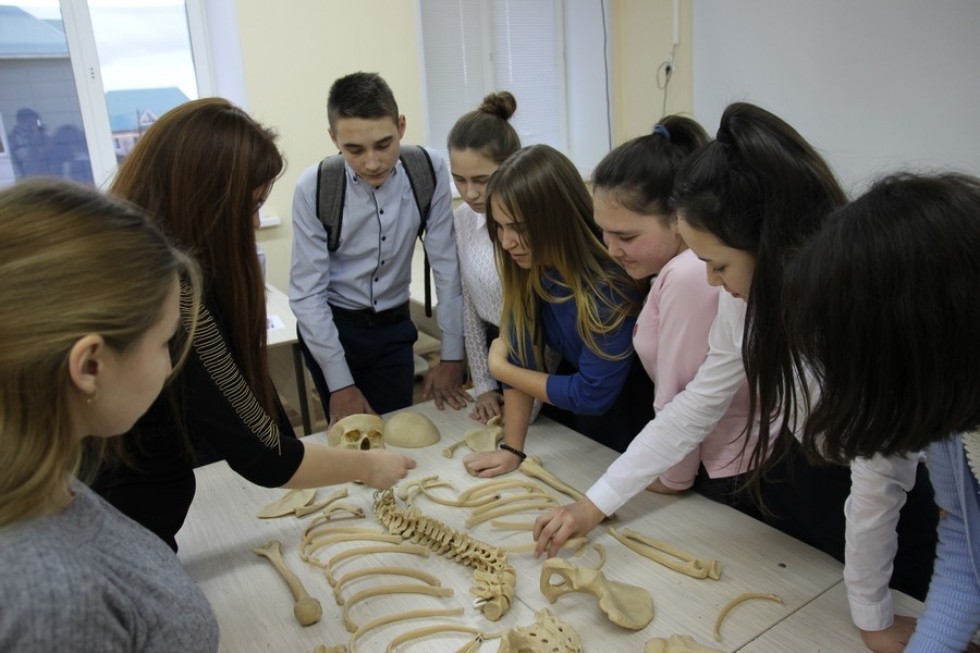 A celebratory tour by Kazan University continued in the western part of Tatarstan on 13th and 14th November.

In Zainsk, the show was organized by Yelabuga Institute and Naberezhnye Chelny Institute, our two territorial branches in the west of the province. Over 300 people attended to see master classes about future professions, environmental protection, and Chinese language, and to play a VR racing game developed by KFU.

In Agryz, on the same day, lectures and master classes were dedicated to future professions, mineralogy, religion studies, conflict studies, and first aid. The KFU delegation was headed by Vice-Rector for General Affairs Rishat Guzeyrov. The attendance was in the vicinity of 400.

Finally, 150 people of all ages arrived to the show in Muslyumovo on 14th November. There, they could learn more about historiography of written documents, environmental studies, Chinese language, and crime scene investigation.

Naturally, the University’s Admission Unit provided consultation to schoolchildren in all three towns.