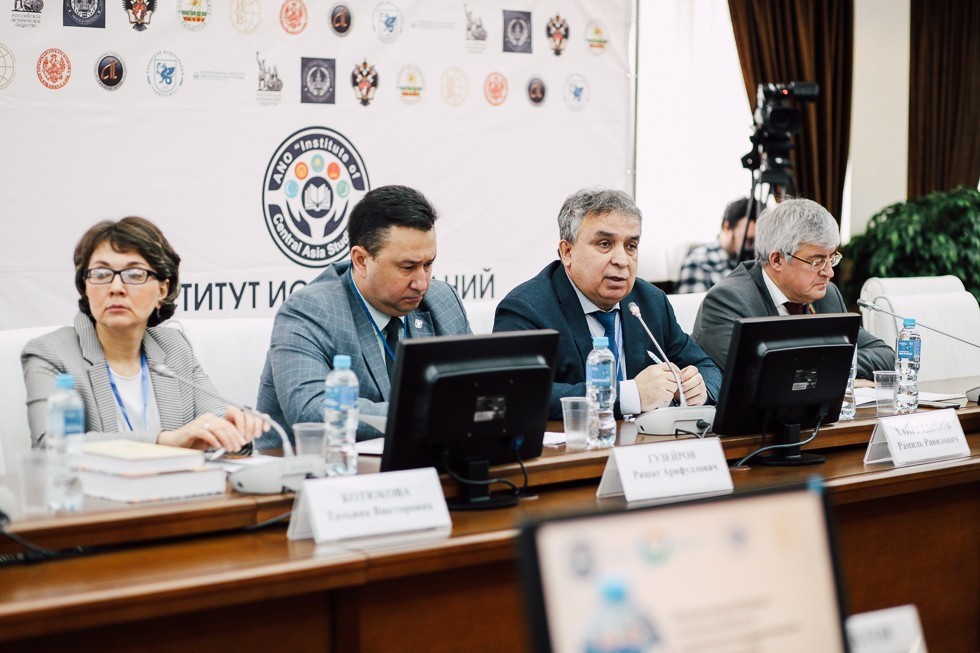 The forum on 26th - 27th February was dedicated to the 100th anniversaries of Tatarstan, Khiva and Bukhara republics.

The conference was co-organized by Kazan University’s Institute for Central Asian Research (a non-educational unit), Uzbekistan Academy of Sciences, Tajikistan Academy of Sciences, Institute of Entrepreneurship and Service of Tajikistan, Kyrgyz-Russian Slavic University, and Berlek Center for Geopolitical Research. The full title was “Historical experience of nation and state building in the USSR in the 1920s – 1930s.”

Among the topics were nation building in the Volga-Ural region and Central Asia, legal frameworks of national interests of the Soviet Union in those regions, the evolution of legal statuses of ethnic regions in Central Asia and the Volga region, and others.

Greetings were extended by the Director of the Institute of International Relations Ramil Khayrutdinov, Deputy of the State Council (Parliament) of Tatarstan Ayrat Zaripov, Vice-Rector for General Affairs Rishat Guzeyrov, Section Chief of the Institute of History of the Uzbekistan Academy of Sciences Dilorom Alimova, and Attache of the Consulate General of Uzbekistan in Kazan Nuruddin Niyozov.

On the 26th, two thematic panels were held. On the 27th, the conference continued with a training session for students and a public lecture about the history of Turkestan.