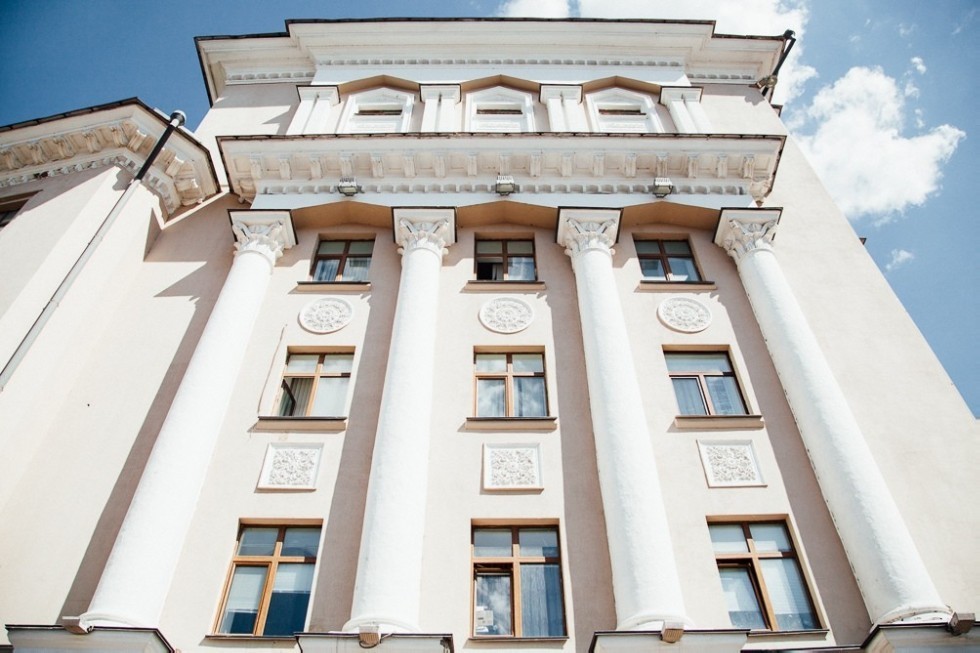 A roundtable was held today.

The roundtable was attended by Vice-Rector for General Affairs of KFU Rishat Guzeyrov, Deputy Director of the Islamic Culture Foundation Vyacheslav Polosin, and others. Dr. Guzeyrov spoke about KFU’s experience of religious extremism prevention at the University. “Student youth is the most susceptible to extremism, which, in turn, is the last step towards terrorism. Religious extremism and terrorism are real dangers to the international community and to our country. Extremism and terrorism prevention depends on the state, our society, and young people themselves,” said he.

“Young people can be lured to different destructive entities,” continued the Vice-Rector. “We pay special attention to give our young people some immunity to this. At the Institute of International Relations, there is a special information center called ‘Dialog’ where former members of radical movements are consulted on ways to return to peaceful life. The center works with anonymous individuals who start questioning their radical alignments and plan to leave their organizations and with their relatives.”

KFU is in tight cooperation with religious institutions and overseas Islamic universities in Syria, Jordan, Egypt, and other countries.

Rinat Pateev, Director of the Center for Islamic Research of the Tatarstan Academy of Sciences, presented Germany’s experience of extremism prevention and eradication, and Dr. Polosin spoke about heroic archetypes as motivations to join extremist organizations.

In conclusion, Rishat Guzeyrov suggested holding a joint Russian-German conference on the topic and send employees to Germany to share expertise.