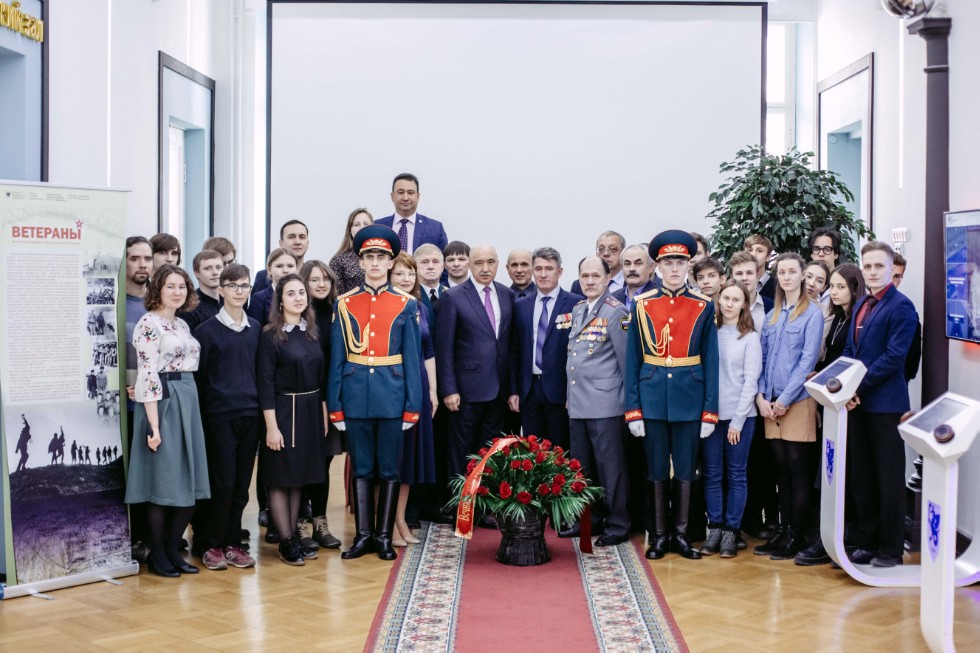 The event took place at the History Museum on 21st February.

For the first time, personal belongings and some other items belonging to the veterans of the Afghan War, Chernobyl alleviation activities and anti-terrorism operations in North Caucasus are displayed.

Dr. Gafurov noted, “Those events touched many families and brought grief and bereavement. I think many of the items displayed here, from photos to arms, will be familiar to you. The tragic events of the past are often up to debate, but the people who were there gave their due to their compatriots in earnest.”

Among the items are guns, equipment, documents, photos, books, and personal belongings of the Soviet (and then Russian) military.

As for the current KFU staff, eight employees are Afghan War veterans, two persons partook in Chernobyl cleanup efforts, and another ten individuals contributed to peacekeeping and anti-terrorism measures in the North Caucasus.

The exhibition was prepared by the History Museum, the Eversman Zoological Museum and Herbarium, and the Lobachevsky Library.

After the opening ceremony, Rector Gafurov and other executives and veterans moved to the Victory Park in the northern part of the city to lay flowers to the eternal flame.

Фотография из материала: Exposition dedicated to veterans opened to celebrate Day of the Defender of the Fatherland