Ksenia Shabalina, a student of LIRS, is a laureate of competition 'Student of year – 2018' in nomination 'Best master's degree student in the field of natural and physical and mathematical sciences'.
Main page \ Academic Units \ Physics, Mathematics and IT \ Institute of Information Technology and Intelligent Systems \ Research \ Laboratory of Intelligent Robotic Systems \ News

Ksenia Shabalina, a student of LIRS, is a laureate of competition 'Student of year – 2018' in nomination 'Best master's degree student in the field of natural and physical and mathematical sciences' 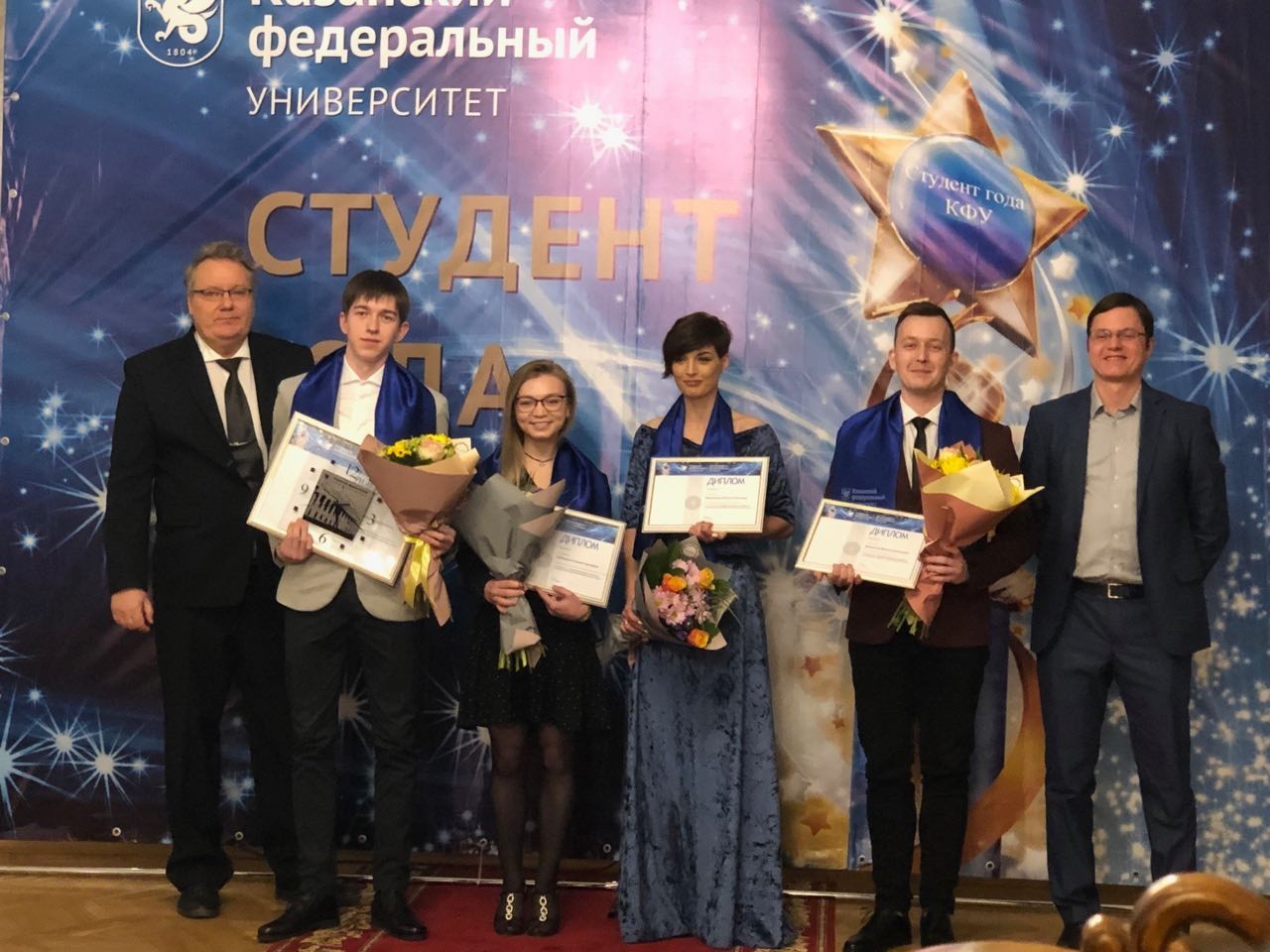 We congratulate Ksenia Shabalina, a 2nd year student of the Master's program in Intelligent Robotics.
On 18th December in the Imperial Hall of Kazan Federal University (KFU) was held one of the most anticipated events of student life. It is an annual competition “Student of year”, which is aimed to honor students' achievements in various fields over the year. As a result, the best students were chosen. A Head of the Kazan University Ilshat Gafurov and the first vice-president of “Gazprombank” Natalya Tretyak gave a complimentary speech. Students and postgraduates approved themselves in different fields, e.g. science, arts, social work, events and projects organization.
A student of “Intelligent Robotics” master's program of the Higher Institute of ITIS Ksenia Shabalina became a laureate in nomination “Best master's degree student in the field of natural and physical and mathematical sciences”. An academic director of the Department of Education Dmitry Tayursky and an expert of the young scientists council and an assistant professor of Alexander Butlerov Institute of Chemistry Mikhail Varfolomeev handed out laureate diplomas and memorable prize to the competitors.
Ksenia Shabalina specializes on the research of intelligent robotics and actively participates in the projects of the Laboratory of Intelligent Robotic Systems (LIRS) of the Higher Institute of ITIS. In particular, Ksenia is one of the chief project executives, also she is intellectually active within Russian and international grant projects of the Russian Foundation for Basic Research (RFBR). For example, “Autonomous calibration of the robotic system airborne cameras with the usage of coordinate marks applied on the robot surface” and “Research and development of methods for autonomous calibration and analysis of anthropomorphic robot's limbs position, basing on the image obtained from a camera”.
Within Ksenia's master's degree thesis work, she develops simulation of the Russian robocar “Unior” control system in ROS/Gazebo environment, which later will be tested on real robot in LIRS. Ksenia supervises projects of two bachelors, who learn the working principle of robocar “Unior”, its on-board sensors and develop navigation algorithms under her management.
In addition, Ksenia is an author of scientific papers written in Russian and English languages, a participant of conferences and scientific schools. While the laureate was conducting active scientific workflows, she wrote more than 10 scientific papers that are indexed in Scopus, Web of Science and RSCI (Russian Science Citation Index) bibliographic databases. Ksenia had presented her scientific researches results on international and all-Russian conferences, including the “Fundamental Science and Emergent Technologies for the Sustainable Development in XXI Century” workshop and all-Russian research and practice workshop called “Unmanned vehicle with the elements of artificial intelligence” and others.
Moreover, she is fully engaged to the life of the Higher Institute of ITIS and KFU; she takes part in various scientific popular university events that estimate the interest and attention of potential applicants in admission to the university. For instance, comparing with leading scientists of LIRS, Ksenia has had a lecture on study workshop “Using of robotic ROS operating system and Gazebo simulator in scientific researches and educational operations” in 2017, which was organized for the “Cheboksary” Center of Youth Innovative Creativity (CYIC) of the Chuvash Republic. In May 2018 she presented robots of LIRS on the “Science night” event, held within KFU; in July 2018 on the “Arenaland” festival Ksenia demonstrated the ongoing project of LIRS on robo-football. Furthermore, within the activity of LIRS Miss Shabalina was one of the chief developers of “Robo-football” project for gaming the exhibition game between the Higher Institute of ITIS and the Institute of Engineering that took place on June 15th 2018.
We congratulate Ksenia and wish her further success!

Ôîňîăđŕôč˙ čç ěŕňĺđčŕëŕ: Ksenia Shabalina, a student of LIRS, is a laureate of competition 'Student of year – 2018' in nomination 'Best master's degree student in the field of natural and physical and mathematical sciences'